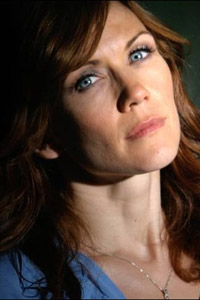 At any rate, Haiduk left SeaQuest DSV after the first season, when the shooting moved to Florida and she didn’t want to follow. In hindsight, this could have ended up being a David Caruso move, but as it turned out, the series only lasted another season and a half. I never actually watched the show, so I can’t say whether this was a good thing or a bad thing. But two years later, Haiduk landed on my radar again, as Lilly Langtry on the short-lived FOX series Kindred: The Embraced. Which, as I discussed in last week’s Brian Thompson profile, was a great show based on the White Wolf role-playing game “Vampire: The Embraced”, starring C. Thomas Howell, which dealt with clans of vampires with wildly conflicting agendas. As Lilly Langtry, Haiduk played the primogen of the romantic, art-loving Toreador clan, which more than any of the other clans was based on the Anne Rice style of vampire that was so popular at the time. Sadly, the show was cancelled after only eight episodes. 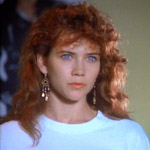 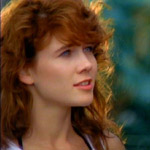 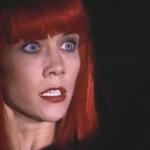 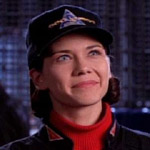 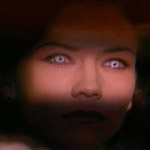 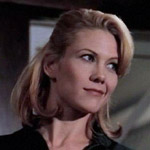 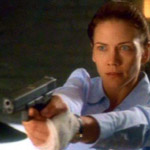 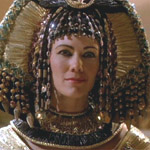 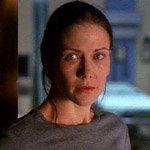 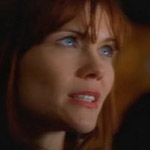 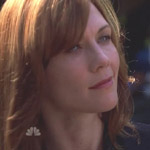 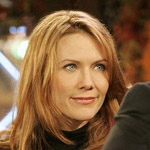 It would be a decade before Haiduk landed another regular job. In that time, she had a recurring role as the mother of Jake’s son on Melrose Place, as well as one-shot roles in high profile shows like Nash Bridges, The Profiler, Charmed, Brimstone, The Sentinel, The X-Files, ER, CSI (New York & Miami), NCIS, Crossing Jordan, and Cold Case. Interestingly, there seems to be a progression during this period from mostly sci-fi shows to mostly procedural/cop shows. Which makes it all the more fitting that in 2006, she arrived on the geek scene again in the popular TV show Heroes, playing not a superhero or a supervillain, but an FBI agent. She appeared in six episodes, all in the first season, and it’s uncertain if we’ll see more of her character in the future.

During 2008, Haiduk had an ongoing role on the soap opera All My Children, a leading role in the horror flick Within, is in production on a sci-fi project called Level Seven, and is slated to appear on the TV shows Prison Break and Life in the fall. She and her husband currently live in California.