Before I talk about this week’s return of Heroes, let’s get the results of the LOL-Heroes vote/drawing out of the way.  The winner of the drawing for the graphic novel is … “helix9”.  And for the LOL-Heroes, first place was split (at 6 votes each) between Dick In a Box and MacGruber, and third place went to Petr Is All Mad Bout Invisible Fish Hook (with 4 votes).  Many thanks to everybody who participated!

Now on with the show.  This week, on Heroes … 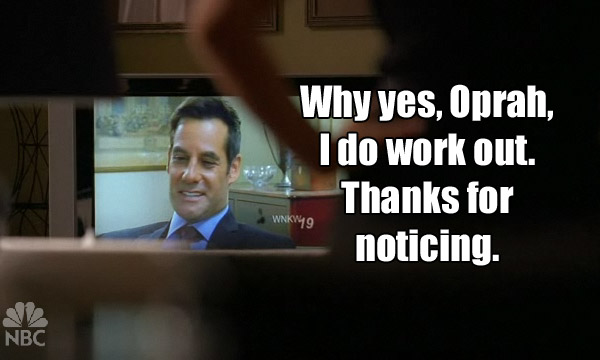 Welcome to “Volume 4: Fugitives”.  Which could probably also be called “Heroes: Prison Break”.  The story picks up some months after the finale of “Villains” and follows through on the setup of the final scene of that episode, where we saw President Worf giving Senator Nathan permission to hunt down people with superpowers.  And he does, with the help of a crack squad of goons led by a creepy guy who you’ve seen in lots of other shows, mostly procedural shows … but also recently in True Blood, as the Magister … and he was also Juliet’s husband in Lost.  Yeah, that guy. 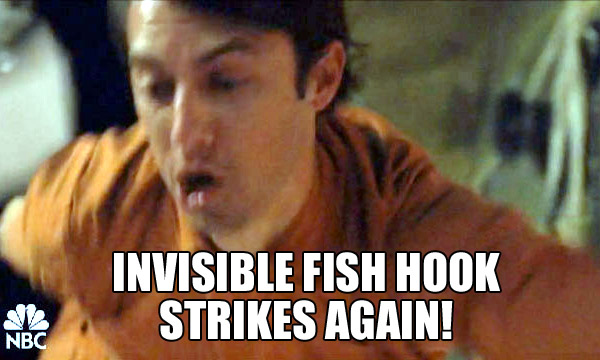 First they come for Tracey, and are ready for her when she tries to freeze them — special insulated armor or something would be my guess.  Then for Mohinder, who’s back to making money driving a taxi, and who gets bagged by none other than Team Nathan player Noah “HRG” Bennett.  Then for Hiro, who doesn’t even have powers any more, but is instead living vicariously through Ando.  Then for Matt Parkman, who has somehow “inherited” from Dead Usutu the power to see the future … but not quite soon enough to keep himself from getting captured, in spite of Claire — who also gets captured — specifically coming to warn him.  And last but not least, Nathan himself takes Peter down, with an assist from Noah. 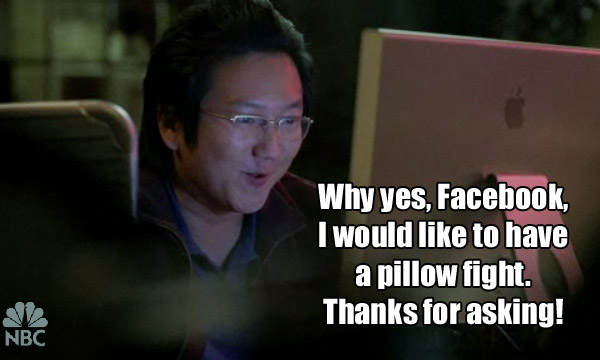 Meanwhile, Sylar follows the lead given to him by Angela and hunts down his real father, who turns out to be the brother of the guy who used to be with his mother, but who left her because she was Crazy Snow Globe Lady.  His real father, Samson Gray, is a taxidermist, but when Sylar arrives at his house, the father is gone, and instead he’s jumped by members of Nathan’s goon squad.  Which he makes very short order of, in what’s actually one of the more impressively choreographed fight scenes I’ve seen on this series to date.  Made all the moreso by Darth Sylar’s heavy use of what are essentially classic Star Wars “Sith” powers — telekinesis and lightning.  I have to figure that’s not coincidental. 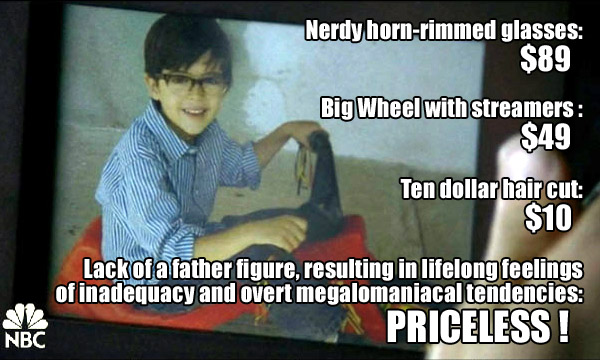 In a moment of weakness, Nathan decides to let Claire go, forgetting what a colossal pain in the ass she can be, left to her own devices.  She hitches a ride on the transport plane that’s shuttling the drugged and hooded heroes away, presumably to some kind of Guantanamo location, and starts untying them one by one.  She goes to the cockpit to force the pilot to land the plane, and finds her father Noah in the co-pilot.  Then hijinx ensue when Peter absorbs Tracey’s power and accidentally freezes a hole in the side of the plane.  Oops.  The plane crashes and we’re left with “To Be Continued”. 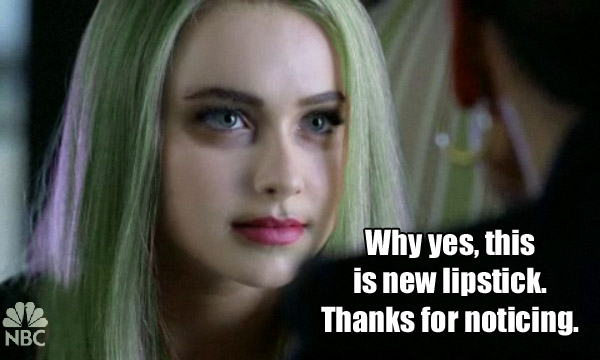 My guess is that Ando will use the GPS chip implanted in Hiro (by himself) to find him, probably with Daphne’s superspeed help, since they’re the only two major players still on the loose right now.

6 thoughts on “Heroes: A Clear And Present Danger”