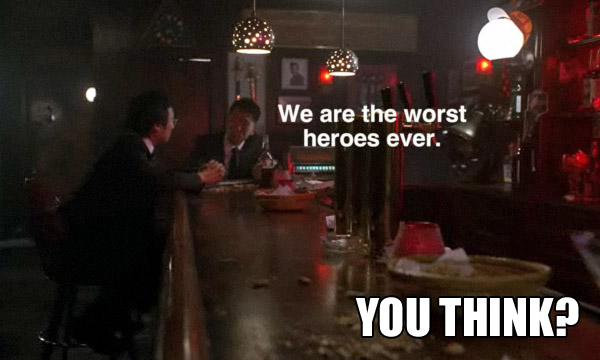 Hiro and Ando dig up Adam, bury him again, dig up Adam, bury him again, and finally trust him to help them find the person who has the other half of the hero-maker formula, and while Adam manages to lose them pretty quickly, he’s captured by Knox instead, who is part of a team with Daphne (which we already knew from the future), and they offer to recruit Hiro as part of their team if he’ll kill Ando, so he does, with a sword through the heart, and even though we know Hiro will eventually go back in time to bring Ando back to life, it goes a long way toward explaining why Ando might want to kill him in the future. 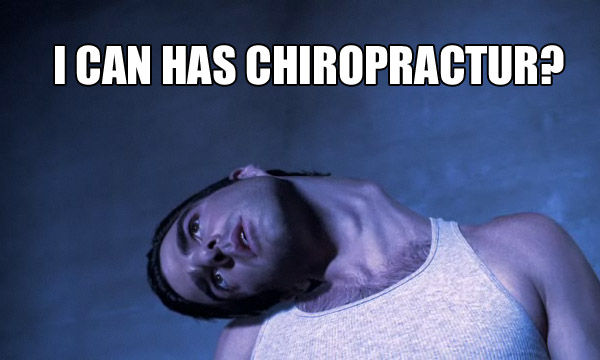 Peter tries to kill Sylar and fails, then tries to kill his mother and fails, giving Mama Petrelli no other choice than to put him in a coma, after which she tells Nathan that like Tracy-Not-Niki, he was also not born with his powers, that they were synthetically induced because his father wanted him to be special too, and Nathan suggests to Tracy-Not-Niki that they go see Mohinder about getting rid of her powers, while Mama Petrelli goes on and on about how The Company’s foolproof plan for preventing the formula from being used again was to rip it in half, instead of — I don’t know — burn it or something.

As for Mohinder, he’s hunting down drug dealers for some reason, and has begun wrapping people in some funky webbing the way a spider wraps up a fly, including his neighbor and the drug dealer, and after Maya grows a pair for thirty seconds, calls him a monster, and almost kills him with her death tears, he knocks her out and wraps her up too, resulting in the first time this season that Maya has less than 75% of her skin exposed at any given moment. 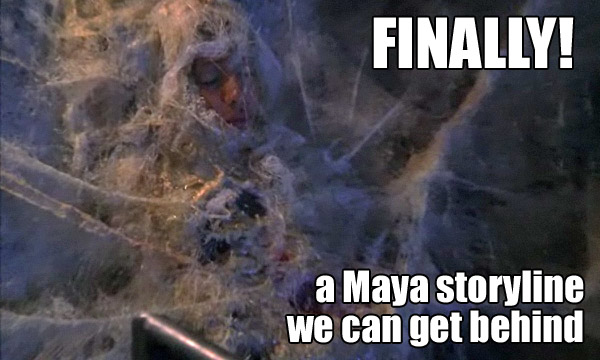 Then in bursts Sylar and The Man (HRG), and everybody yells a lot, and Vortex Man opens up a vortex in the middle of the room before running away, which almost swallows up Claire, but Sylar saves Claire, who (like Peter) always trusts whoever is talking to her at any given moment, and she drops the dime on Vortex Man, who ends up killing himself because HRG wants him to kill Sylar, even though Sylar just saved Claire, who still hates Sylar and her father and pretty much everybody. 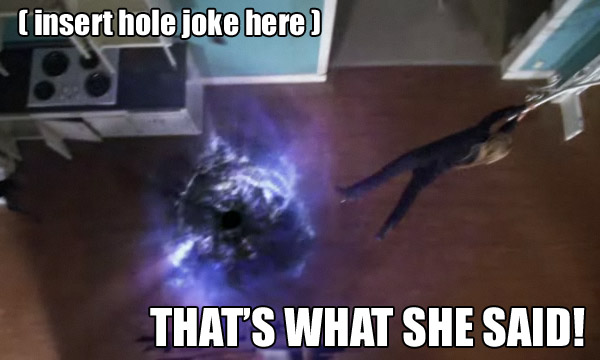 Meanwhile, as it turns out, Linderman really isn’t alive, but isn’t a figment of Nathan’s imagination either, because Daphne sees him too, because he’s the one Hiro and Ando are looking for, the one who’s been collecting the formula pieces (all TWO of them), who is actually Papa Parkman creating the illusion of Linderman, who tells Daphne her next job is to find his son Matt Parkman, after which he walks into the offices of the Pinehearst Company (another business front), and gives an update to … wait for it … Papa Petrelli, who other than having a tube stuck in his trachea, is very much not dead, and who (presumably via Parkman) has recently visited Mama Petrelli in one of her future dreams and shut her down. 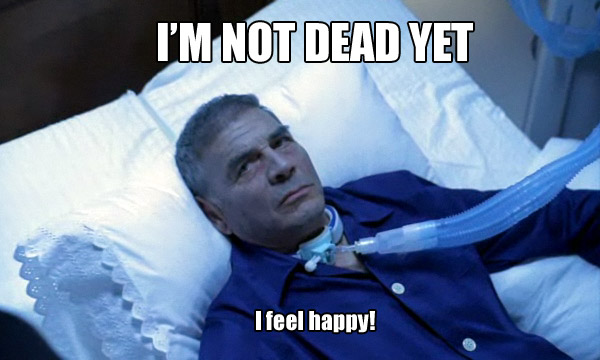 Gotta say, this was a much more satisfying episode to me than the last couple. No actual future play, and the Big Bad has finally been revealed. Really curious to see where this goes next week!