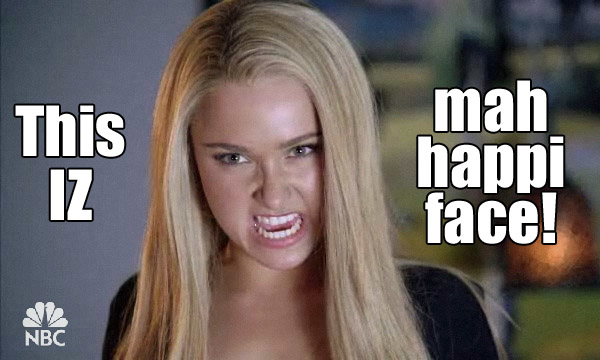 Haven’t really been getting much commentary on these posts lately, which tells me people either aren’t watching the show or don’t care about it enough to comment. So I’ll try to keep it brief this week.

Claire and Mom come home, find Elle there short-circuiting, Elle asks for help, Claire and Elle fly to New Jersey, almost crashing the plane on the way, find their inner Romy & Michele, and in the end, Elle decides to defect over to Pinehearst, hoping they can take her powers away. 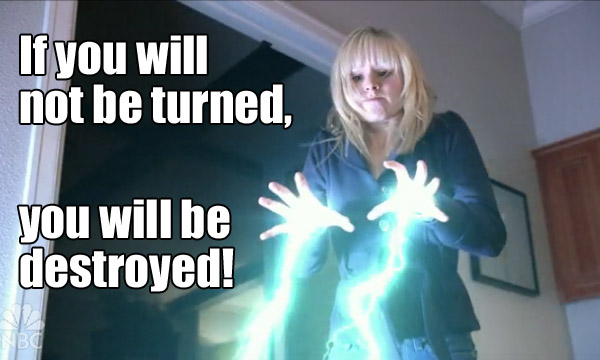 Papa Petrelli is mad at Daphne for not recruiting Matt Parkman, tells her to kill him, Papa Parkman protests, Papa Petrelli kills him, Daphne visits Matt, doesn’t kill him, Knox charges in, thinks he kills them, but it’s really an illusion created by Matt, who thinks Daphne is on his side now, but she’s really still carrying out Papa Petrelli’s plan (or IS she?). 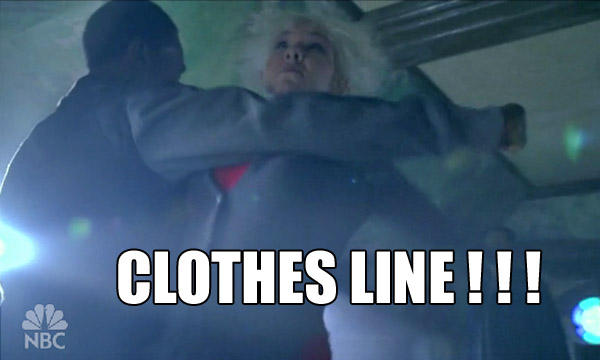 Mohinder leaves his lab with Maya in his arms, leaving Nathan and Tracy-Not-Niki behind to wait for HRG, while Mohinder goes to Pinehearst and joins their research crew, at which point Papa Petrelli steals Maya’s power from her, freeing her to just walk away … FINALLY!!! 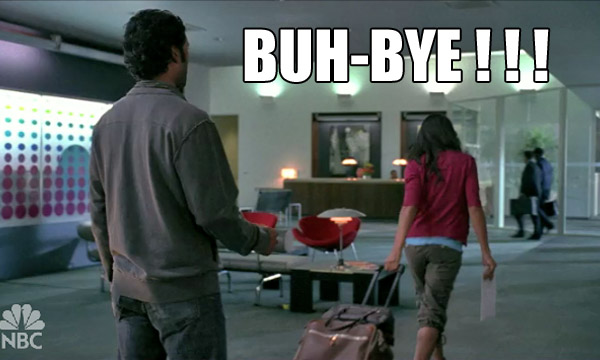 Mohinder tries to test a new serum on Peter, but Sylar shows up to save him, then proves that he is in fact Peter’s brother by allowing himself to be converted by Papa Petrelli just as quickly as he was converted by Mama Petrelli, finds Peter, throws him out of a window, but apparently uses just enough telekinesis to keep him from dying when he hits the ground, Claire finds him, takes him to Nathan, who learns about his father still being alive, and plans with Tracy-Not-Niki to visit Pinehearst for himself. 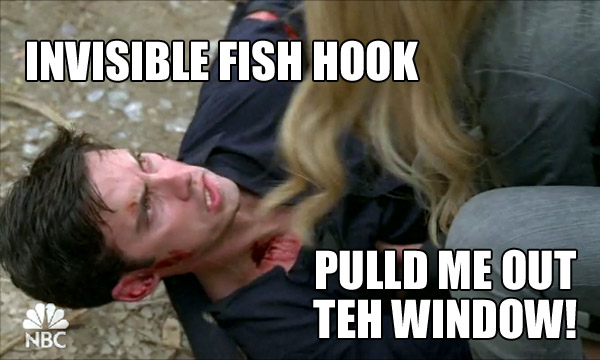 Meanwhile, in Africa, Hiro begins his spirit walk by eating some hyena poop.

Once again, along with the past few episodes, I thought this one had a solid momentum. But if the writers are telegraphing to me where things are going, I can’t see it. I’m fuzzy on what Papa Petrelli’s ultimate plan is. I noticed he was reading Nietzsche, if that’s any indication. I mean, it’s clear that he’s the “bad guy” because he and his crew are killing people left and right. But if he’s truly not behind the idea of everybody in the world getting powers, and nobody on the Primatech side is behind the idea of everybody getting powers … then who the hell’s responsible for the future that Peter saw?

As for the title of the episode, it’s the second half of a Latin epigram commonly used on gravestones at one point — “Eram quod es; eris quod sum.” — which translates as, “I was what you are; you will be what I am.” But I’m not sure exactly what this means in the context of the episode.