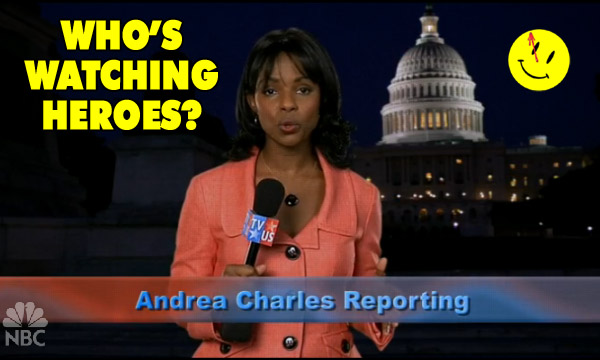 Claire hides AquaLad in her closet, Mom finds him, makes him a fake ID, Claire helps him escape from the feds by way of an extraneous makeout session at the bottom of a pool, then Claire receives a visit from the Puppet Master, who’s been sent there by “Rebel”. 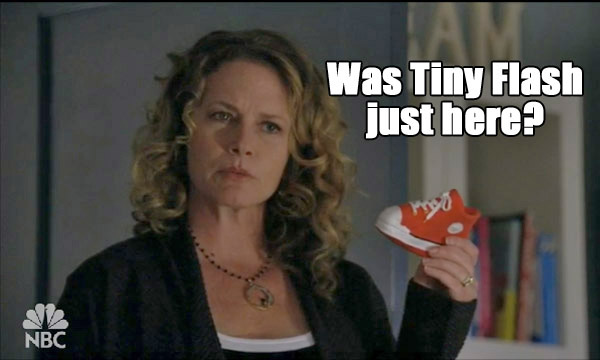 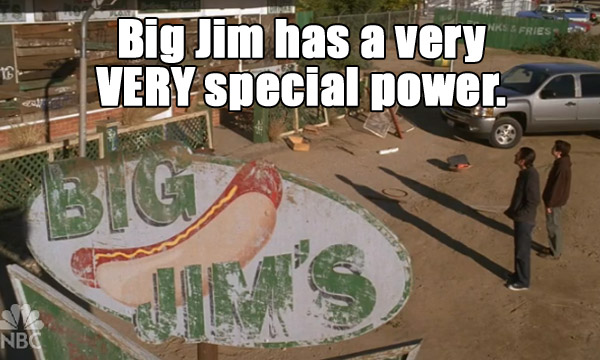 Matt Parkman and Peter get a message from “Rebel” with Daphne’s location, escape Isaac’s studio just in time, then break into Building 26 using tandem mind control powers, steal some information and video footage, Peter escapes, Matt doesn’t, and Creepy Dude uses Matt’s own paintings as the inspiration to strap some explosives to him and leave him near the Capitol Building in Washington DC. 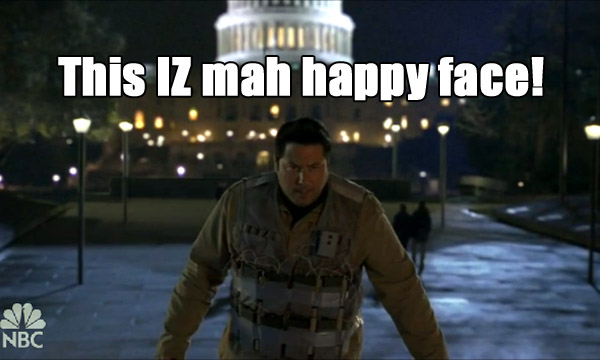 When Peter escapes, he tries to arrange a swap of Matt and Daphne for the footage and FAILS, when Creepy Dude won’t negotiate with terrorists and shoots him instead, while Noah tries to mentally warn him and FAILS, then Nathan rescues Peter at the last moment, tries to convince him to turn himself in and FAILS, Peter steals his flying power and flies away, and Mama Petrelli whispers something to Nathan about the future which she claims will change everything. 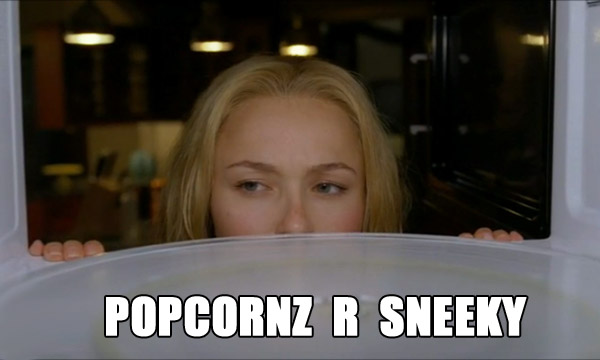 I mostly enjoyed this episode, even though it still didn’t feel as focused as it should.

One thing I’m really liking is Peter’s inability to hold more than one power at once, and I really wish he had been limited in this way right from the start.  It makes for a great “Deal or No Deal” kind of dilemma, where he has to decide whether it makes more sense to keep the power he currently has, or go with another one that will come in handy now, and risk needing the previous one later.  I think I’ve said it before, but I’ll say it again, that my empathy for both Peter and Hiro as characters was really hurt early on by making them so powerful so soon in the series.  The best superheroes are defined by their limitations.

Other than that, I’m about ready to find out who “Rebel” is already.  They’ve stretched that out far enough.  My guess at this point is that it has to be Micah … right?  I mean, who else would be able to manipulate all the electronics and computers the way he’s been able to?  The question is, what’s his overall plan — if he even has one? Because specifically having Claire rescue AquaLad, and sending Puppet Master to Claire, both seem kind of random choices.  So I’ll be curious to find out if there’s a logic there.