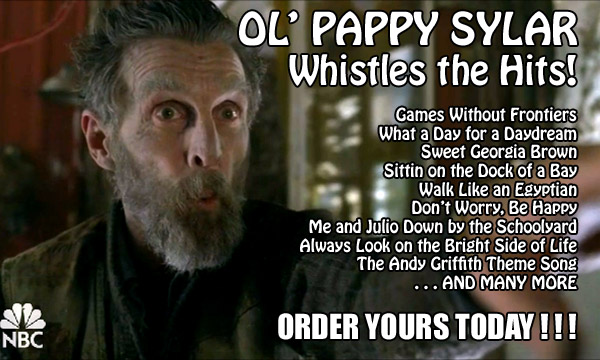 So I have to say … I kind of liked this episode.  I’m not sure why exactly, because plot-wise, it was just carrying on the same story they’ve been running all season.  But for some reason, the pacing, plotting, and characterizations all struck me as being much stronger than usual, and I’m actually having a hard time coming up with a moment in the episode where I rolled my eyes. 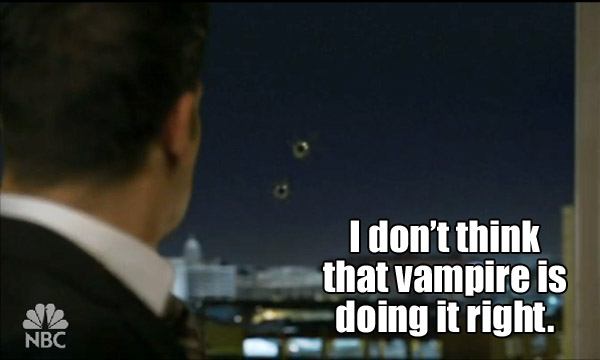 The closest I might have come was the moment I realized that Claire is apparently being repackaged as some kind of “Harriet Tubman for Heroes,” who helps those with superpowers escape the clutches of the government.  Which on the surface is perfectly consistent with how she’s been portrayed over the past couple of seasons — always bucking authority and very vocal about how the superfreaks should stick together.  But for some reason, I can never quite shake my impression of Claire as self-absorbed and self-interested.  Anyway, having helped AquaLad escape last week, she grudgingly agrees to help the Puppet Master relocate this week.  Then she gets herself a job at the local comics store, where the geeks are more than happy to have an ex-cheerleader hanging around, presumably so that she’ll have a cover for her comings and goings from the house. 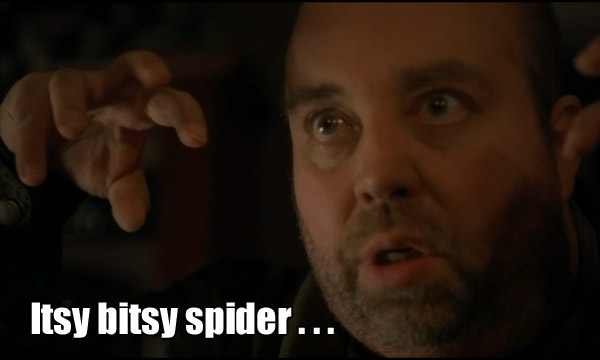 Sylar finally hooks up with his real father, and we can be pretty sure it actually IS his real father, because he has a similar power-stealing power to the one Sylar has.  Then again, so did Papa Petrelli … so who can really say for sure.  Anyway, grizzled old Pappy Sylar lives in a rundown shack, breathing oxygen from a tank with one hand and smoking a cigarette with the other in a way that just CAN’T be safe, performing taxidermy as a hobby.  He’s dying of cancer, and at first seems very level-headed and resigned to his fate … until he finds out that Sylar has a healing power under his belt.   Then Evil Pappy rears his ugly head, tries to steal Sylar’s power, fails, and Sylar leaves him to die a slow, painful cancer death. 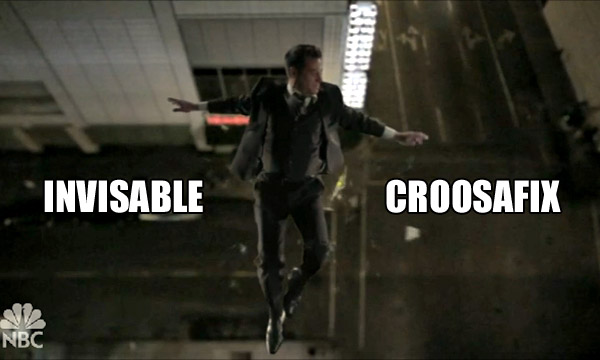 Meanwhile, the ongoing love affair between Nathan and the Hunter plays out with another round of macho posturing on both sides.  Nathan learns about the Hunter’s plan to blow Matt Parkman up in front of the Capitol Building, and flies there to prevent it.  Once that crisis is averted — presumably with the help of some interference by “Rebel” — it sets the stage for the Hunter to explore exactly how Nathan keeps arriving at destinations so quickly.  Worried about the Hunter’s brutal tactics, Nathan goes to the President and has him fired, but the Hunter isn’t giving up that easily.  Based on suspicions confirmed by his questioning of both Mama Petrelli and Tracy, he confronts Nathan, pushing him out of a window, thereby proving that Nathan can fly.  Game, set, match. 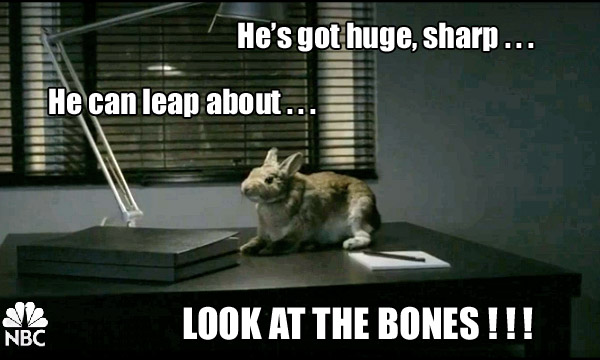 Before I discuss the closing montage, I have a theory about Rebel.  I’ve already decided that it’s probably Micah, based on all the technology hacking.  But … what if it’s Micah AND Molly working together?  This would explain how Rebel always seems to know where the heroes are, and which systems to hack into in order to communicate with them.  Just a thought.

And now the closing montage …

Hiro and Ando arrive at some house where they believe they’ll find Matt Parkman, and they do … sort of.  Except it’s Matt Parkman Jr., a baby, and for some reason or another — my guess would be because it’s a Super Baby — it drives the frantic babysitter to run babbling from the house.  The phrase “diaper’s clean but that WON’T hold” puts all sorts of horrible images in my mind.

The Hunter arrives at his apartment with a bag of groceries in hand, and sees a stuffed rabbit on his desk that didn’t used to be there before.  What he doesn’t see is Sylar (whose father sits brooding in his rundown shack) lurking in the dark.  My guess is that won’t end well for the Hunter.

Government goons smash their way into Claire’s home, but find her bedroom empty.  She’s already been tipped off by Rebel that her “free pass is up,” and Nathan has arrived there just ahead of the goons to help her escape.  Now they’re fugitives too, like everybody else.

4 thoughts on “Heroes: Shades of Gray”