This was yet another example of how The Sarah Connor Chronicles can sometimes pull out a great standalone episode that’s just as good, if not better, than the ones that fuel the season’s major plot arc … 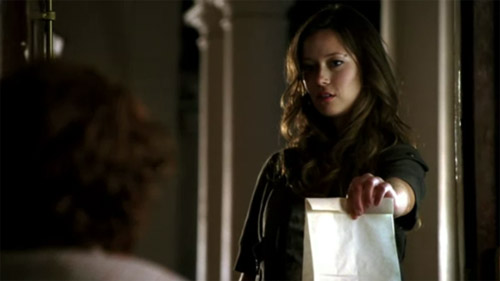 Cameron has a secret. Sometimes she sneaks away from the house in the middle of the night and goes to the library. She bribes the guy who works there with doughnuts — and with her company — and he lets her in, presumably so that she can beef up her knowledge of human history and culture. On this night, she happens to see a photo from 1920, and in it is somebody she knows to be a T-888. Which sets up a fascinating historical mystery that Cameron pursues doggedly for the rest of the episode, in a patchwork style that seems deliberately reminiscent of Citizen Kane. 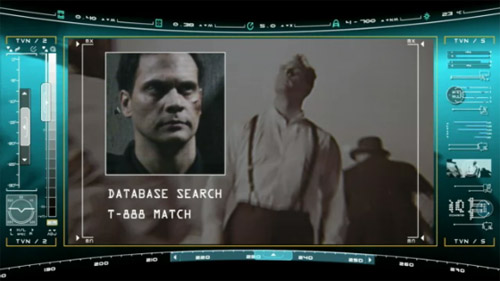 The terminator’s name is Myron Stark (Stark is one of the names on the blood wall), and his story, in proper chronological order, is this … Skynet sends him back from the future to New Years Eve 1920. Except that’s not the year he’s supposed to arrive. His time warp bubble lands him in a speakeasy, the lightning effect catches the place on fire, and as a result, the architect who was supposed to construct a certain building — Pico Tower — dies. This disrupts Stark’s mission, so he sets out to correct things by planning to construct the building himself. But to do so, he must first become an entrepreneur, and drive another powerful entrepreneur (the father of the architect who died) out of business. This takes seven years, but through business and bank robbery and brute force, Stark does it. He constructs Pico Tower and hides himself in a wall, from which he plans to emerge on New Years Eve 2010 to kill the governor of California — which was apparently his original mission all along. (Inside joke: In real life, the current governor of California is Arnold Schwarzenegger, the original terminator.) 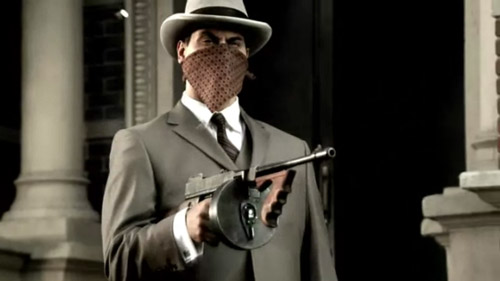 Cameron follows a historical trail of multimedia bread crumbs, pulls Stark out of the wall, shoots him with his own gun, and drops an elevator on him. Mystery solved and another terminator’s mission foiled. Along the way, she may have figured out what the ubiquitous three dots are — the position of three stars in the night sky, which can be used to determine an exact date. She also determines that her library friend, who is a bone cancer survivor, has new tumors, and tells him so. He gets angry with her, but he must believe her, because he’s not there the next night. Instead, Cameron makes friends with the guy’s replacement, and we are reminded once again of what a trick it is to think of her as human. She walks like a duck and talks like a duck and smiles like a duck, but in the end, she is always just a mechanical duck with mechanical motivations, playing a part. Although she does have a much better imagination than I realized. 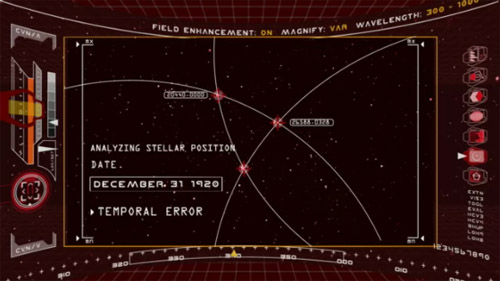 By the way, do you like how Cameron’s interface is a pleasing blue/cyan, while Stark’s is kind of a blood red? Realistically, I know this is just a way for us as viewers to differentiate who’s seeing what. But the geek in me can’t help but wonder if in the Terminator universe, this is the result of the two being different models, or if it was a deliberate part of Future John’s modifications. 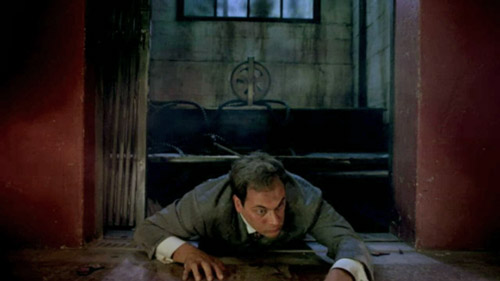 Oh yeah … and Riley tricks John into going to a party and beating up on some guy, feeds him a fake sob story about her childhood, then makes out with him. Blah blah blah. To be honest, I would have much rather had the time wasted on that storyline used to flesh out Myron Stark’s tale even more.

1 thought on “Sarah Connor: Self Made Man”