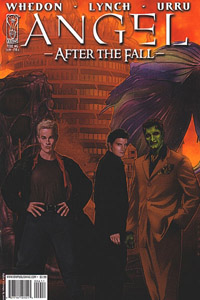 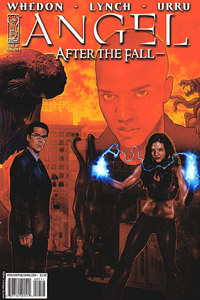 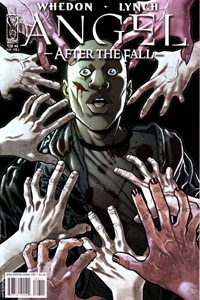 All in all, the revelations were cool. But I have to admit, I’m kind of mixed about “First Night” as a whole. I held off thinking about it too much until I’d read the third issue, and now that I have … I’m not sure I liked it as much as I hoped I would. The patchwork nature of the narrative, along with the various (and not always good) art styles, felt choppy, and left me a bit unsatisfied. Lynch usually does such a great job of building a story up over 22 pages, and that was lost. And I’m not sure if you noticed, but pound for pound, the dialogue in these issues — while well written — was less funny than usual. Ultimately, there were a few cool moments in each issue, but not quite enough to carry the books for me.

To be honest, I would much rather have seen entire issues dedicated to one or two characters’ experiences. There was something a bit disingenuous and artificial about separating everybody’s stories, when the whole point of the series finale was the idea of them working as a team to take on the forces of evil. Move them to Hell, and suddenly that all goes away? Maybe. Anyway, I have faith that Whedon and Lynch can pull this all together again in the next few issues, and that maybe “First Night” will make more sense once I see the big picture. But speaking for right now, the flashback experiment didn’t quite live up to my expectations. It lasted too long, with not enough pay-off.

Fortunately, Issue #9 comes out today! So things will get back to normal, and we can find out what happens in the Demon Battle Royale, Part 2.