It occurs to me that if you put the word “Star” in front of just about anything, odds are, I’ll watch it. Star Wars (all the movies). Star Trek (all the shows and movies). And Stargate. I watched all ten seasons of Stargate SG-1, all five seasons of Stargate Atlantis, and now on October 2nd, “Siffy” will be launching a new series called Stargate Universe. And why not? Here’s a peek …

Here’s what it’s all about … END_OF_DOCUMENT_TOKEN_TO_BE_REPLACED 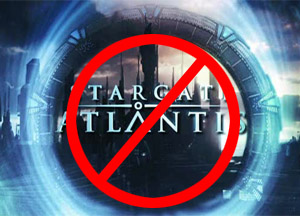 You really wouldn’t think writers could get much play out of a big stationary ring that sends people to other planets, but SG-1 was on for TEN YEARS before it was cancelled last year. And Atlantis has been on for five seasons. So it’s obviously done something right. END_OF_DOCUMENT_TOKEN_TO_BE_REPLACED