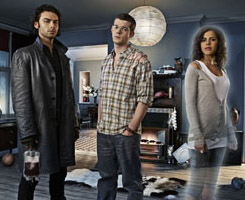 4 thoughts on “Being Human: Underworld Meets The Real World”