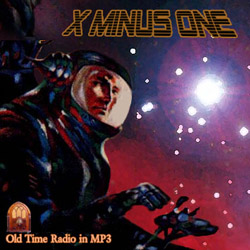 And when I say old, I mean OLD. I know there are some teenagers out there who will look at a movie from the 80s like “Back to the Future” and say, “Wow, that’s old!” But I’m talking 50+ years here. Half a century. The show ran from 1955-1958, and featured dramatic adaptations of works by such classic sci-fi authors as Isaac Asimov, Ray Bradbury, Robert Heinlein, and Philip K. Dick.

Some of these 100+ stories are silly, some are downright profound, some rely a bit too heavily on the clever twist ending, some are terribly dated and reek of Cold War paranoia, and some feel as if they could have been written just last week. But I’m about halfway through the catalog at this point, and I can tell you that all of them have been immensely entertaining so far. And I’ll be more than a little sad when I reach the last one. They make my drive fly by, and unlike listening to an audio book, each one wraps up in about 23-24 minutes, which can be very satisfying.

These recordings became public domain many moons ago, so just do a search for “X Minus One” in Google, and you’ll find free MP3s all over the place. There are even some podcast sources, and if MP3s aren’t your thing, you can also buy them all collected on CD for no more than $10-20. My personal favorite source is the following site, because the guy has all of the episodes listed, in order, with the files clearly named, and even provides descriptions and (sometimes) reviews for each of the shows …

Enjoy! And if you come across any other great old sci-fi radio shows like this, let me know.