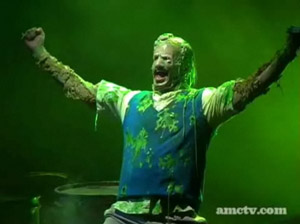 Personally, I think it’s kind of ridiculous that SO many movies are getting converted to musicals these days. For every Hairspray or The Producers, you’re just as likely to end up with the next Carrie or Lestat (both of which closed within a month of opening). And I bring up those last two examples up for a reason: because it seems especially unlikely that a musical based on a genre movie/novel should work at all.

So color me pleasantly surprised that when I saw The Toxic Avenger musical at the George Street Playhouse here in New Jersey this weekend, I pretty much LAUGHED MY ASS OFF. Obnoxiously so. And for all the right reasons — because it was actually good, not because it was laughably bad (refer back to Carrie). It really was a great show, even better than the Evil Dead musical that I saw and enjoyed the hell out of back in 2006.

Here are the Top 10 reasons why I liked The Toxic Avenger Musical:

10 ) The show was too energetic to be ruined by a matinee crowd. If you’ve ever been to a matinee for a play or a musical, you know exactly what I mean. Clocking in at 41 years old, I was probably younger than two-thirds of the people in that audience. That’s the nature of a 2pm show. But if anybody was crinkling candy wrappers … or kvetching about the profanity … or snoring, I never heard it.

9 ) The story is set in my home state of New Jersey. Yeah, so, Jersey isn’t represented very well, with all the toxic waste, stinky air, and “which exit?” jokes. But you don’t grow up here without having a sense of humor about these things. Besides, the opening song is “Who Will Save New Jersey?” And (spoiler alert) Toxie does! So in the end, it’s really more of a love song to the Garden State than anything else.

8 ) Tons of cheesily satisfying special effects, as well as a lean set (comprised mostly of toxic waste barrels) that felt as if it had been pulled directly from the pages of a comic book.

7 ) The show was directed by John Rando, the same guy who directed Urinetown, another great musical, which shares with Toxic Avenger a sense of humor about the conventions of musicals themselves, and uses that sarcastic point of view to great effect. 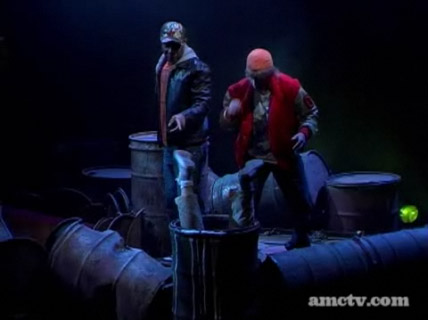 6 ) A catchy soundtrack, written by Joe DiPietro and David Bryan, both Jersey boys. Bryan is perhaps best known as the keyboardist for the band Bon Jovi, and those roots show through. Several songs are clearly inspired either by Bon Jovi or that other Jersey icon, Bruce Springsteen, and the band continues to rock on long after the actors have taken their final bow.

5 ) Somehow, five actors manage to portray a cast of several dozen, with hilarious results that I won’t give away here, because the surprises are a big part of the humor. Most of those parts are played by “Black Dude” and “White Dude” (the program’s words, not mine), one of whom strongly reminded me of a young Tracy Morgan. Guess which one?

4 ) Despite layer upon layer of (awesome) political incorrectness, the show’s heart is in the right place when it comes to environmental awareness and left-leaning politics. 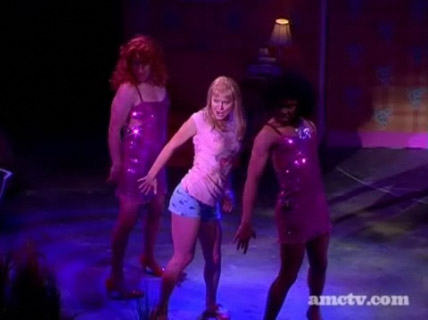 3 ) Speaking of political incorrectness, Sarah the Blind Librarian cracked me up time and time again. When I think back to the funniest moments in the show, the vast majority seem to revolve around that character — whether because she’s pratfalling as a blind person or because her dream is to have her book featured by Oprah.

1 ) Dude, it’s the Toxic Avenger! Lloyd Kaufman’s gory, tasteless, boob-infested Troma movies were a staple of my college years — The Toxic Avenger, Blood Sucking Freaks, and Surf Nazis Must Die are rites of passage for a 20-something geek. And while I guess I’ve outgrown that genre over the years, it was great to have a reason to revisit Tromaville again in the 21st century.

Sadly, this was the show’s last weekend in New Jersey. It graduates to the much bigger audiences of Off-Broadway now, where I’m hoping I’ll get to see it again before long. If you get a chance to see this show yourself, I couldn’t possibly recommend it more.

1 thought on “The Toxic Avenger Musical”