In the early 90s, he landed one-shot roles on Superboy, Alien Nation (the TV show), Walker Texas Ranger, Hercules, Weird Science (the TV show), and Dragonheart (the movie). He even had a permanent role on the FOX series Key West, alongside Fisher Stevens and Jennifer Tilly — which was sadly cancelled after only half a season. (FOX did a lot of this in the 90s, much to my chagrin … don’t get me started.) But this just meant that he was wide open in 1996 to take on the role of vampire mob boss Eddie Fiori on the FOX series (uh oh) Kindred: The Embraced. This was a great show … or at least so I thought. It was based on the White Wolf role-playing game “Vampire: The Embraced”, starred C. Thomas Howell, and dealt with clans of vampires with wildly conflicting agendas. In fact, I liked it so much that FOX decided to cancel it after 8 episodes. (Again, don’t get me started.) Still, it’s the show that really put Brian Thompson on my radar, and had me recognizing him in everything from then on.

Having apparently not exhausted his range as a vampire, Thompson returned the following year as Luke, the right-hand man to The Master, in the pilot episode of Joss Whedon’s future smash hit, the universe-altering Buffy the Vampire Slayer. Luke died, but Thompson returned the next year for the season finale as an Apocalyptic Big Bad called “The Judge”, who was presumably indestructible … until Buffy destructed him with a bazooka. That same year, he returned to a role on The X-Files that he’d established a few years before — the dreaded Alien Bounty Hunter. It’s a role he’d reprise 9 times in all, from 1995 to 2000, and to this day, I wonder if anybody has ever tried to stab him in the back of the neck with an ice pick, just to see what would happen. I really hope not. But you know how some of these hardcore fans are. 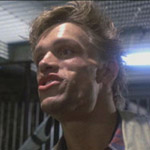 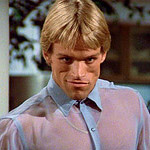 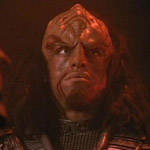 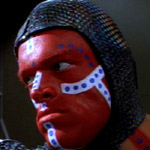 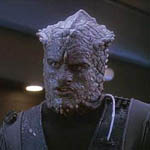 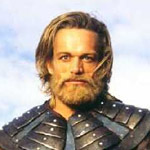 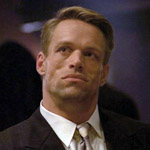 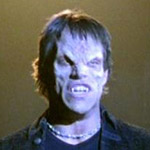 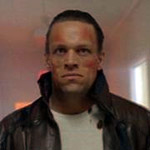 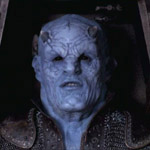 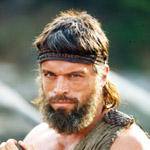 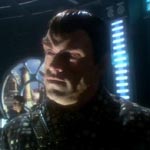 Since 2000, Thompson has continued to work steadily, as Buffalo Bob on Joe Dirt, as the shape-changing Crawler on Birds of Prey, as the titan Cronus on Charmed, and as Romulan Admiral Valore on Enterprise, as well as in a variety of other projects. He currently lives in Los Angeles with his two teenage kids, and recently won some critical acclaim for playing, of all things, a non-bad-guy, in the 2006 film Tillamook Treasure.

1 thought on “Weren’t You on Star Trek? – Brian Thompson Edition”