Check out this faux trailer for a Saturday morning Watchmen cartoon.  (“WATCH THIS MOVIE!”) 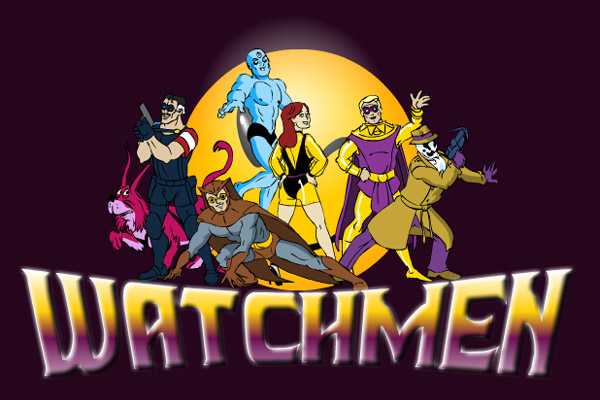 I find this especially funny in light of how odd it is that DC has created Watchmen action figures.  For a great take on this, read Scott Brown’s article about how confusing this is for kids.  “These new angsty comics flicks aren’t for kids, so why are the toys they spawn? I mean, what could the savage 10-year-old me do to a Rorschach figurine that the beautiful lunatic hasn’t already done to himself?”