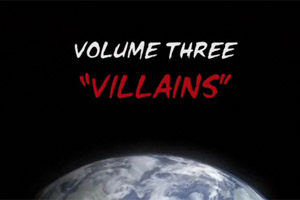 END_OF_DOCUMENT_TOKEN_TO_BE_REPLACED

Like something that died, then was injected with the blood of a mutant cheerleader, Heroes is back from its agonizing 9-month hiatus. Almost. Tonight. Tim Kring says he’ll be answering some critical questions this time around. He promises. Kind of …

“We’ve always had kind of a weird philosophy on the show that no question was so precious that we couldn’t answer it, because there’s always more questions to answer. One of the things we really tried to do in this volume is to take all the core questions of the show, the basic questions that we started off with — Who am I? What’s happening to me? How am I connected? Where did these powers come from? We take every single one of these major questions and turn them on their head in this particular volume. Each one of those gets answered in new ways.” (Source: Sci Fi Wire, but beware of minor spoilers)

Have you forgotten what happened at the end of last season, and need a primer before you brave the new season? Then go read my Season 2 finale recap.