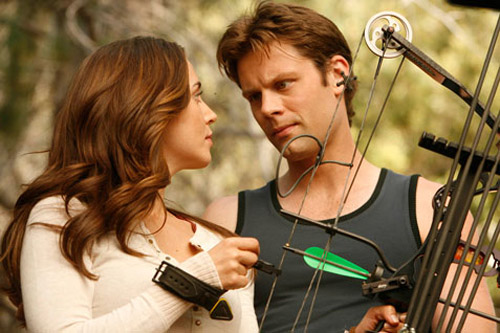 After getting the basic premise out of the way in the first episode, Dollhouse seemed to kick into a higher gear this week. Less exposition, more action, and a series of flashbacks surrounding a major event from “Three Months Ago” that call into question the very nature this whole mind wiping/imprinting process, and whether or not it works as well as the agency thinks it does.

In the flashbacks, we learn that three months ago, one of the actives (while inactive) went rogue and started cutting the place up. His name was Alpha (which leads me to believe he might have been the first active?) and he apparently had what they’re calling a “composite event” in which all of his imprinted personalities activated at one time, including the imprint of somebody who’s good at killing people with a knife really fast. By the time Alpha was taken down (IF he was taken down), he had already killed Echo’s handler, sliced up Dr. Saunders’ face (which explains why Amy Acker was all scarred up last week), and killed the handful of actives that Echo was in the shower with at the time … but not Echo herself. As a result of this, Langton was hired to be Echo’s new handler, and Echo was permanently imprinted to trust him. 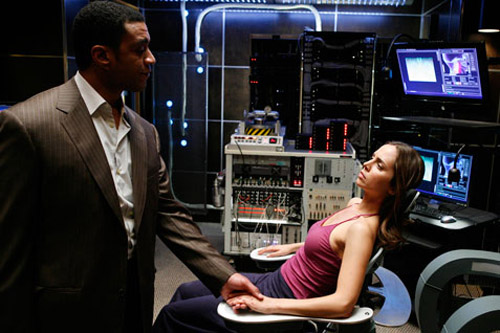 In the present day, the dude who used to be The Middleman (on the recently canceled show of the same name), pays the agency a crapload of money to supply him with a date for the weekend who will go white water rafting and hunting with him, and they assign him Echo. As it turns out, everything about Middleman’s identity has been faked, he’s a full-tilt psycho, and he ends up hunting Echo in “Most Dangerous Game” style with a bow and arrow. (Geek note: Just about every sci-fi series does an “MDG” episode at some point.) Echo manages to evade him, and then to gradually turn the tables on him, by seemingly either accessing an old imprint of kick-ass abilities or by somehow mimicking the Middleman’s skills.

Meanwhile, some other organization seems to be interested in Echo. Langton gets ambushed by some thug while monitoring Echo’s assignment, and Langton turns the tables on him, leaving him incapacitated. Later, the thug is found dead with exactly the same knife wounds that Alpha inflicted on Echo’s previous handler, and in this way, we learn that Alpha is still alive, and apparently still very interested in keeping Echo alive as well. The agency even suspects that Alpha may have hired Middleman to hire Echo. And it’s a safe bet that Alpha was the one watching that video of Echo at the tail end of the first episode. So what’s his agenda? Hard to say without more information. But my guess is that he’s the source for that “shoulder to the wheel” salute that the Middleman does, and which Echo seems to hold on to even after having her mind wiped. Was everything the Middleman said — and the poisoned water Echo drank — designed to activate wiped information? 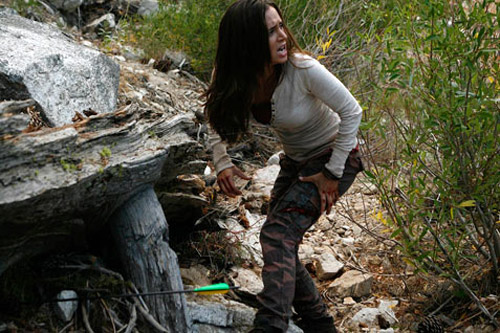 As for Agent Ballard, he’s still hot (or at least lukewarm) on Echo’s trail, and is briefly joined this week by somebody who has grown to be one of my favorite cameo actors at this point, Mark Sheppard. Perhaps you’ve seen him in such roles as Badger on Firefly, Romo Lampkin on Battlestar Galactica, Manservant Neville on The Middleman (coincidence?), Anthony Anthros on Bionic Woman, characters on Burn Notice, Jake 2.0, and the one episode of Leverage that I watched … and probably twenty others I can’t even think of right now. This time around, he’s Agent Tanaka(?), and his only job seems to be make fun of Ballard. Not sure if he’ll have a bigger role in the future.

2 thoughts on “Dollhouse: The Target”