So endeth this season/volume of Heroes … 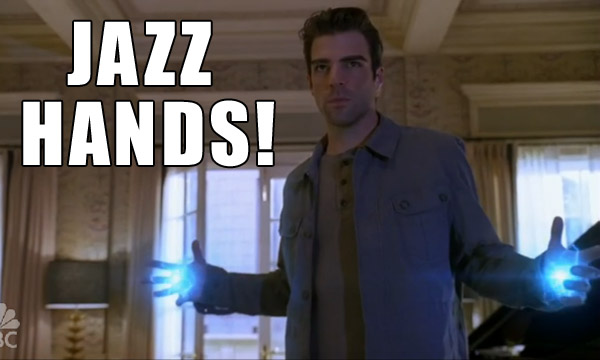 What did everybody think of the season finale? I was definitely entertained, as I have been ever since Bryan Fuller returned to the show partway through the season — and even a bit before that — but have to say, I wasn’t really blown away. The finales for this series have just never managed to please 100%, and part of the reason is because the episodes throughout the season are so uneven, and tend to lack a cohesive logic and set of rules about how these powers work and when and how people would use them.

Case in point: Sylar kills Nathan, Peter uses Sylar’s own shape-changing power to defeat Sylar, then Matt uses his mind power to convince Sylar that he’s Nathan. Then once Sylar morphs into Nathan, it’s as if Sylar is dead and Nathan is alive. It’s a very clever twist. But does it really make sense? If the plan is to keep Nathan around so that he can influence the President and keep The Company alive, then couldn’t Peter — who currently has shape-changing ability — do that just as easily, and without the risk of Sylar one day remembering who he is? Which we all know will happen, sooner or later.

Another case in point: Hiro is told that if he uses his power one more time, he could die. The Hunter is about to stab Noah in the neck with an elephant tranquilizer. Instead of just bashing The Hunter over the head with something heavy, or Ando zapping him with his Crimson Arc, Hiro stops time and takes the syringe out of The Hunter’s hand, potentially signing his own death warrant in the process. It makes for a dramatic moment, but one that kind of stretches sense a bit. As does suddenly deciding that Hiro’s body is rejecting his power like a virus in the first place. This is the first we’ve heard of somebody’s power acting that way, isn’t it? And why punish Hiro, who’s arguably the most heroic one of the lot?

So I liked the season finale, but didn’t love it.

In the teaser for the next volume, “Redemption”, we see that, as expected, there is still a bit of Sylar in Not-Really-Nathan, when he can tell by looking at it that a clock is running fast. Needless to say, Mama Petrelli seems a bit perturbed by this. And Tracy enters the scene again, this time with a water-morphing power — water and ice being different states of the same thing — and seems to be out to kill everybody who worked at Building 26.

4 thoughts on “Heroes: An Invisible Thread”