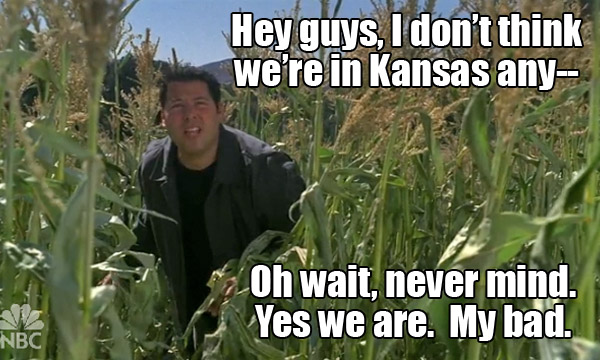 This week’s episode … not quite as exciting as last week’s. Basically, everybody loses their powers because of the eclipse about halfway through, and presumably they’ll get them back in the next episode. In the meantime, we get to see how these jokers heroes deal with adversity as normal human beings. 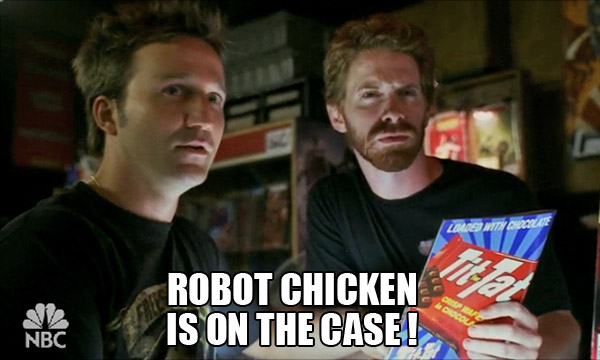 Hiro and Ando show up on Matt’s doorstep, Matt tries to read Hiro’s mind, and can, but it’s all Japanese, so it’s gibberish to him, while Daphne gives Ando the stink eye for not being dead, then gets insecure when she thinks Matt doesn’t really trust her and zips away, but Hiro and Ando know from the comic book where she’s going, to Kansas, so Hiro teleports them there, and then the eclipse starts, and we learn that without her speed powers, Daphne has polio or something and needs special braces and crutches just to get around, while Hiro and Ando wander into town, to the local comic book shop, to find the most recent issue of Ninth Wonder, where they meet geek celebs Seth Green and Breckin Meyer. 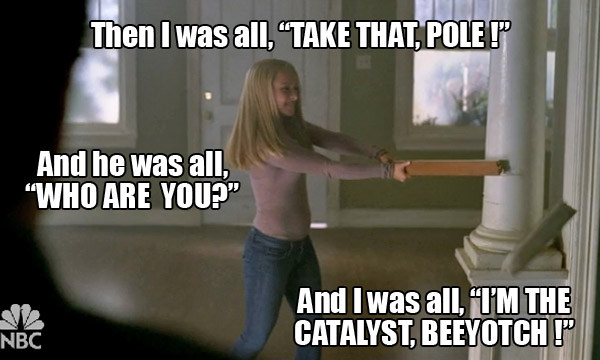 Mama Petrelli sends Claire off with Noah, who tries to teach her to fight, but their father-daughter bonding session is interrupted by Elle and Sylar, who are there to collect “Claire the Catalyst” for Papa Petrelli, and then the eclipse starts, and Elle can’t zap, and Sylar can’t do that thing with his finger, and Elle tries to kill Noah, but Claire takes the bullet, but she can’t heal any more, and Noah and Claire run away, and Sylar wakes up and is happy that he doesn’t have powers any more, because now he’s not all crazy with the power-lust, and he and Elle make out, unaware that Noah has a sniper rifle fixed on their smooching heads. 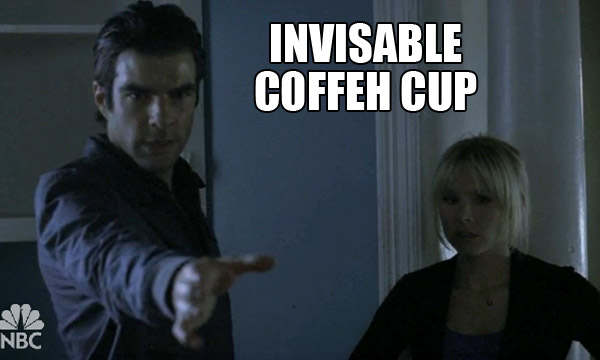 Meanwhile, Mama Petrelli also sends Nathan to Haiti to get The Haitian, and little brother Peter insists on tagging along, and they almost get there, but then the eclipse starts, and they fall out of the sky into a river, then argue for a while, then start hiking toward The Haitian’s camp, get lost, argue some more, then find The Haitian, who won’t leave until he takes down his crazy invulnerable brother, who escaped from Level 5, so they agree to help him with that, and Nathan get his ass captured because Papa Petrelli has tipped the crazy brother that he was coming. 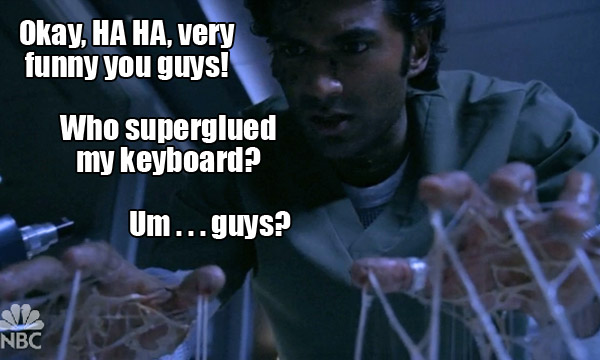 So next week, in “The Eclipse, Part 2”, I’m assuming that everybody will get their powers back as soon as the eclipse is over. What I’m curious about, though, is whether anything unexpected will happen. For instance, will Peter get his powers back too? Will Mohinder get a fresh start, or will he be deformed again? Okay, so I don’t really care all that much about Mohinder. And I’m really not all that curious. But I do what I can to keep my energy up about this show!