Dollhouse will star Eliza Dushku (Faith from Buffy the Vampire Slayer), and FOX has apparently guaranteed Whedon seven episodes. Of course, we’ve all been burnt by FOX before, many times over, so it’s probably not a good idea to hope for much. But seven hours of Whedon (4.5 after commercials) is a nice treat in and of itself, so I’ll take what I can get. Who knows, maybe we’ll get lucky this time.

According to Wikipedia: “In Dollhouse, Dushku plays a young woman named Echo, a member of a group of people known as ‘Actives’ or ‘Dolls’ who have had their personalities wiped clean so they can be imprinted with any number of new personas, including memory, muscle memory, skills, and language, for different assignments. They’re then hired out for particular jobs, crimes, fantasies, and occasional good deeds. In between tasks, they are mind-wiped into a child-like state and live in a futuristic dormitory/laboratory, a hidden facility nicknamed ‘The Dollhouse’. The story follows Echo, who begins, in her mind-wiped state, to become self-aware.”

Also on board for the cast so far are Amy Acker (Fred/Illyria from Angel) and Tahmoh Penikett (Helo from Battlestar Galactica).

Don’t know about you, but I’m sold. Is it January yet? 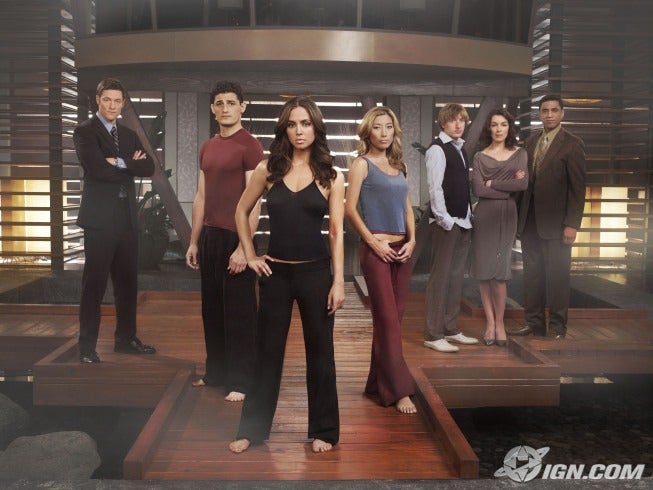 5 thoughts on “Welcome to Whedon's Dollhouse”