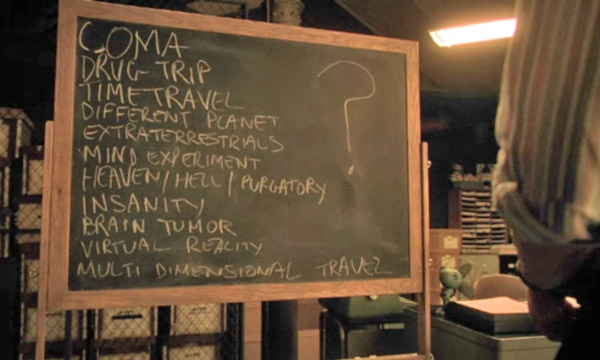 First of all, let’s just get something out of the way for those who have seen the UK series, think it’s awesome, and don’t think this show is or possibly can be as good. For the record, I have NOT seen the UK series, and I’m guessing neither have many of the people reading this. I do plan to, but for now, I haven’t. So if you’ve seen the UK version, please do others a favor and do NOT potentially spoil the ongoing plot of the American version by comparing and contrasting with that one. Once I’ve watched the UK version, I’ll happily post about it, and within that context, we can all discuss which one we like better. Moving on …

So far, for what’s technically a sci-fi show, there’s far more fiction than science in “Life On Mars”. But it’s compelling fiction, so I don’t mind too much. The basic premise — a 21st century cop getting hit by a car and waking up in his own body in 1973 — gives us the point of conflict and confusion, and his life just sort of spins out from there. In fact, unlike the first episode, where Sam Tyler’s knowledge of the present day helped solve a serial killer case in the past, the “time travel” has no bearing on the second episode at all. Unless you count the fact that Sam solves the crime using more ethical 21st century methods. And yet, I think I liked this episode better than the first.

The acting and writing on this series make the show incredibly enjoyable. As the main character, Jason O’Mara has an interesting Mel Gibson air about him that allows him to pull off extremes of joy, anger, sadness, and aggression in a way that works for the role of Sam Tyler — a guy who because of his situation is never quite able to just calm down and “be”. Likewise, Gretchen Mol’s character seems to carry around with her an understated weight of unhappiness, due in part to being a woman in a man’s profession. Michael Imperioli and Harvey Keitel are pitch-perfect as swaggering 70s cops, and their dialogue as written is strong enough to keep them from sounding completely ridiculous. What’s more, this week there was a strong cameo by Heather Matarazzo of “Welcome to the Dollhouse” fame.

My favorite character by far, though, is the music. As a child of the 70s, I haven’t been this tickled by a soundtrack since I first saw “Pulp Fiction”. (Before that it, was probably “The Wonder Years”.) As if Bowie’s “Life On Mars” wasn’t enough of a hook, last night’s usage of Mott the Hoople’s “All the Way from Memphis” during the two different chase scenes was just plain artistic. To be honest, I don’t even remember that song from my childhood — who knew they had a song other than “All the Young Dudes”? — but I haven’t been able to get it out of my head all day. Here it is …

As I mentioned before, there wasn’t really much actual science fiction in this episode, and the information we have so far doesn’t tell us much about what’s happening and why. The closest we come to a sci-fi element is the Mars Rover-ish thing that keeps appearing to Sam — first in small form at the jail cell, again in a larger form at the park, and again in toy form (as “Red Rover Intergalactic Explorer”) at the end. Is it real or unreal? And by real, I don’t necessarily mean is it something that somebody other than Sam could see but rather is it something real out there that Sam is glimpsing somehow, the way he glimpses the present day? Or is it just a metaphor? Time will tell.

Are you watching the show? If so, what do you think of it so far?

2 thoughts on “Life On Mars: The Real Adventures of the Unreal Sam Tyler”