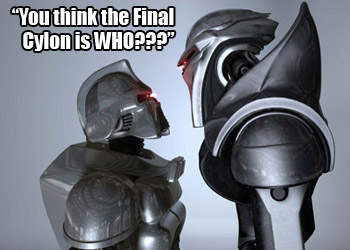 I’m kidding, of course. We’re a month away now from the return of the Battlestar Galactica final season — from the episodes that will definitively (or allegedly) answer all of the questions everybody has — and I have to say, I’m frakking PSYCHED to watch it. But what I’m less psyched to do? Is talk about it. Seriously.

I mean, I get it. I understand how excitement about this awesome, well-written, watershed TV show can lead people to speculate and theorize and post spoilers and read spoilers and start blogs and visit blogs and comment on blogs and so on and so forth. And for about two weeks after last June’s big cliffhanger, I was right there along with the crowd. “Dude, there is no way that’s actually Earth! Hera’s the final cylon? You’re crazy, and here’s why …” But then my interest quickly dropped off, to the point where I instituted — without really telling anybody — a kind of self-imposed “Battlestar Blackout”.

END_OF_DOCUMENT_TOKEN_TO_BE_REPLACED

Also known as Friday, January 16th, 10:00pm EST, with a probable series finale date of March 20th. Or at least, so says Mike Ausiello over at Entertainment Weekly, who has some Sci Fi Channel sources. (Warning: That link contains some minor spoilers for other TV shows.) 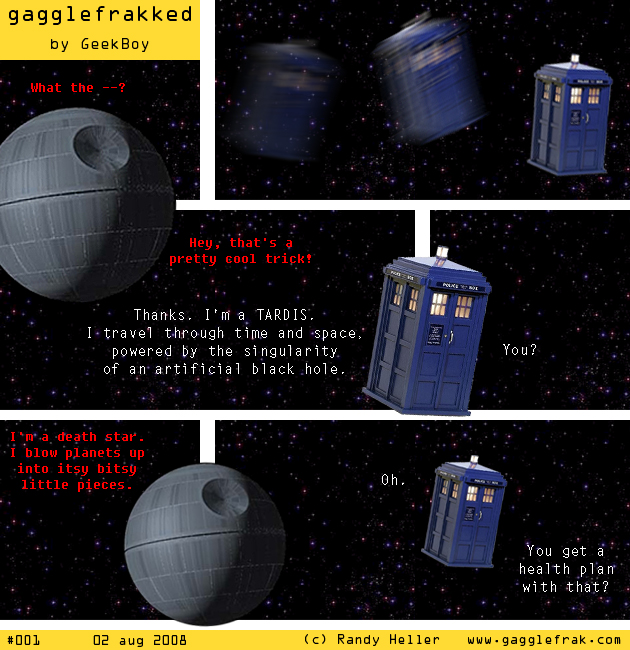 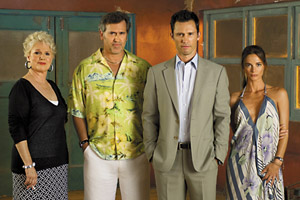 1) Bruce Campbell – To be honest, this was the only reason I originally watched the pilot episode. Because dude … it’s Bruce Effing Campbell. I’m one of the only people I know who used to watch both The Adventures of Brisco County Jr. and Jack of All Trades back in the day, solely because I think this guy is one of the funniest, campiest guys out there. And as Sam Axe, an ex-Navy Seal, he holds up well in this series. END_OF_DOCUMENT_TOKEN_TO_BE_REPLACED

What I’d like to do is make some guesses about the subject matter for these movies. As we all know, Razor dealt with the back story of the Battlestar Pegasus, the misunderstood Admiral Cain, and the previously unseen Kendra Shaw. So following that formula, here are my predictions … END_OF_DOCUMENT_TOKEN_TO_BE_REPLACED

END_OF_DOCUMENT_TOKEN_TO_BE_REPLACED

I really need to watch this one a second (and maybe third) time, but in the interest of getting the conversation started, here are Ten Quick Questions about the mid-season finale of Battlestar Galactica … END_OF_DOCUMENT_TOKEN_TO_BE_REPLACED