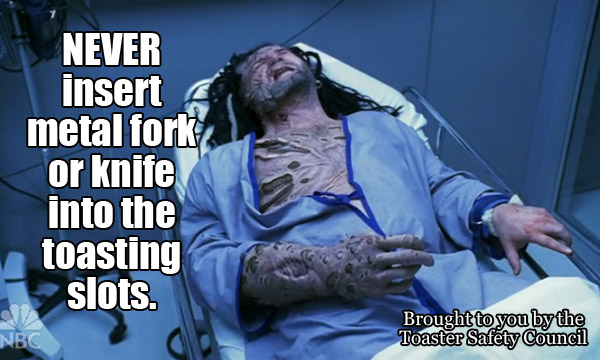 Picking up where we left off last week, Hiro and Ando manage to escape from Arthur, but not before Arthur copies Hiro’s power, which somehow results in Hiro mentally reverting to 10 years old, so that Ando has to teach him how to use his powers again, one by one, and after some hijinx involving waffles, they end up at a comic book store, where they find the “9th Wonder” comic books (who is creating these now that Isaac is dead?), which show them the future — an eclipse, which gets mentioned several times during the episode, mostly notably in the narration. 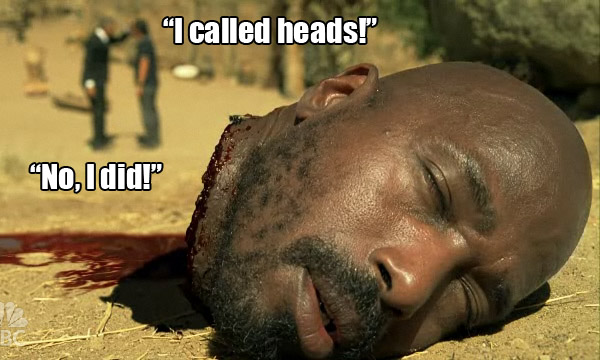 After some mysterious talk from his father about empathy being the key to mastering his power, Sylar learns how to exercise his power without cutting a head open, and uses it to leech away enough of Elle’s power to give her control of it again, but not before zapping him a few hundred times first, and it all ends up being foreplay for their budding romance. This, of course, confirms my previously stated suspicion that these raw powers are shaped by the personality of whoever possesses them. Because at this point, it’s clear that Arthur and Peter and Sylar all have the same power, but each has accessed it differently. 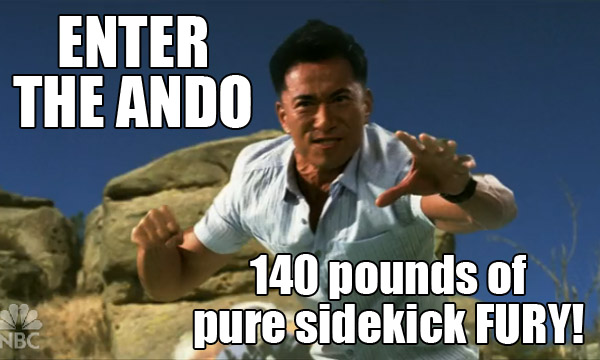 Mohinder is trying to make the hero-maker formula work, but can’t, because he’s missing a third part, some catalyst, which Arthur realizes Kaito Nakamura has kept from him, and he’s looking into this when Nathan and Tracy come to see him, and after he tries to convince Nathan to run for president, and Nathan flies away undecided, Tracy stays behind to offer her services to Arthur, claiming she can convince Nathan to be the friendly face of Pinehearst, since dead Arthur clearly can’t. 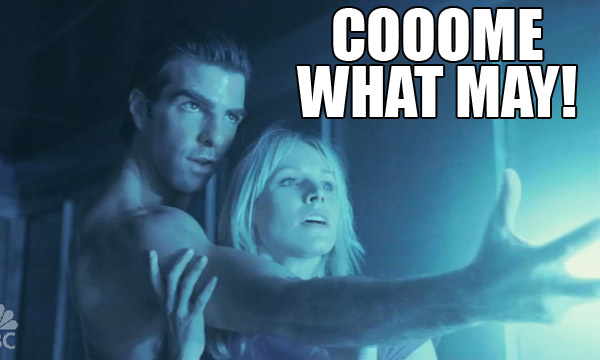 Newly reunited since his escape from Pinehearst, Peter and Claire are chased by Knox and Flint, Claire gets captured, Peter saves her, and they head to Primatech, where Matt and Daphne find the comatose Angela, and with an assist from Daphne — who tells him that she loves him — Matt is able to wake Angela up, in time for Nathan to show up, and they determine that Claire needs to be protected (AGAIN), because she is the catalyst that Arthur needs to make the formula work. 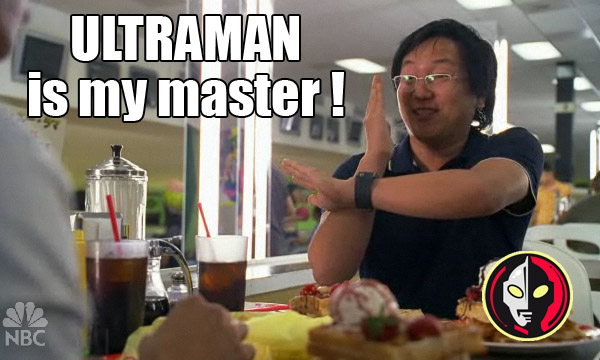 I really thought this episode was solid and fun. The episodes where everybody starts coming together each season are my second favorite behind the flashback episodes. It’s funny — with most TV series like this, the shows at the beginning and end of the season tend to be stronger, and the ones in the middle tend to drag a bit. Somehow, Heroes manages to rock the exact opposite formula. It’s really picked up steam since the premiere in September, and odds are, the logic will all go to hell in the half-season finale. So for now, I’m just letting myself enjoy the mid-season fun while it lasts!