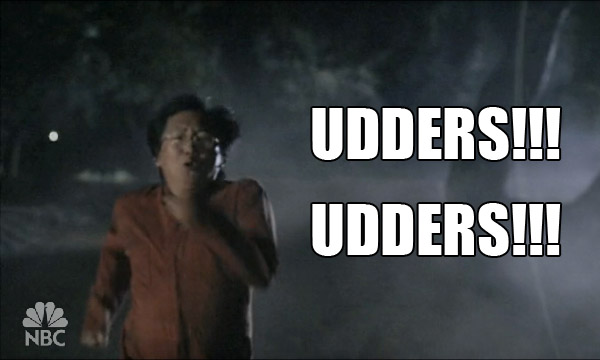 After the transport plane crashes in the wilds of Arkansas, mayhem ensues. The heroes go on the run, effectively promoting themselves from prisoners to terrorists in the eyes of The Hunter that’s leading Nathan’s goon squad. Matt, Mohinder, and Hiro stick together, and manage to find themselves new clothes and some art supplies, which Matt uses to draw the future. One of the drawings shows Daphne being shot at the crash site, so they turn around and run back into the belly of the beast. 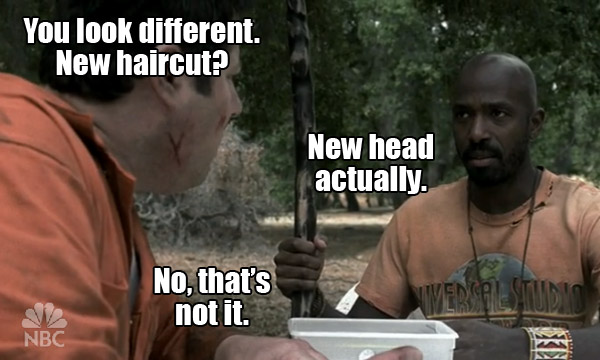 Meanwhile, Claire has managed to let herself get captured again, this time by Noah, who brings her to Nathan, who is on site having a “whose dick is bigger” contest with The Hunter. But thanks to Hiro’s tracking device, Ando and Daphne arrive on the scene from Japan, and Daphne rescues Claire, and their group of three hooks up with Matt’s group of three, and just when it looks like everything will be okay, The Hunter’s men open fire, bringing Matt’s vision to life. After Daphne is shot multiple times and dies, Matt freaks out, gets inside the head of the goons, and makes a bunch of them shoot each other. Then Claire blocks the bullets with her body, giving Matt and the others time to get away. 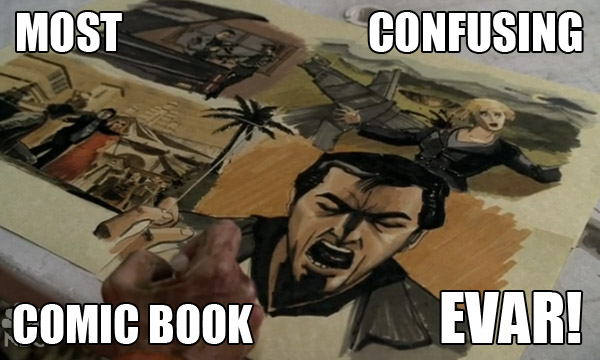 So Daphne is dead? (Or IS she?) If so, that kind of sucks. I really liked her character. I mean, I get it, from a writing perspective — it’s kind of hard to create plausible tension about a group of fugitives on the run if one of them can run as fast as she can. Same reason Hiro still can’t teleport yet. Although I’d kind of like to see Matt be a bit more angry and/or sad and/or irrationally grieve-y about this. To be honest, by the end of the episode, I wasn’t entirely sure if she was dead, and had to rewind back to that scene and confirm that she’d been left lying there on the ground when the others ran away. 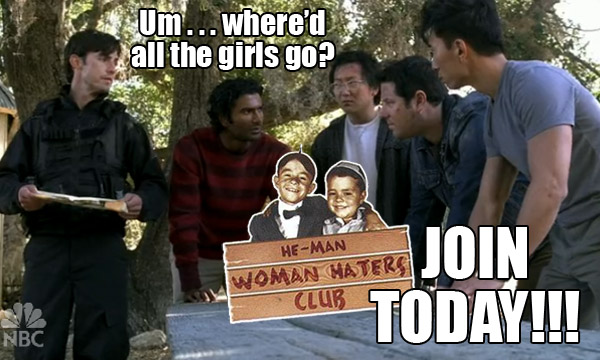 Anyway, so while all this is happening, Peter and Tracy team up, and we finally get confirmation from Petey that he can in fact only hold one power at a time now. Which is a good idea, and probably should have been that way from the beginning. They knock some soldiers out, steal a phone and a gun, and try to negotiate with Nathan. But it all goes wrong, and Tracy gets caught, but Peter manages to borrow Nathan’s flying power, which he uses to get away. He joins the others, and they make some vague plan to keep on running. Back in DC, Nathan rationalizes his actions to Tracy before drugging her up again. And in Costa Verde, Claire — captured and released yet again — sits at home pouting, while some mysterious “Rebel” sends her subversive text messages. 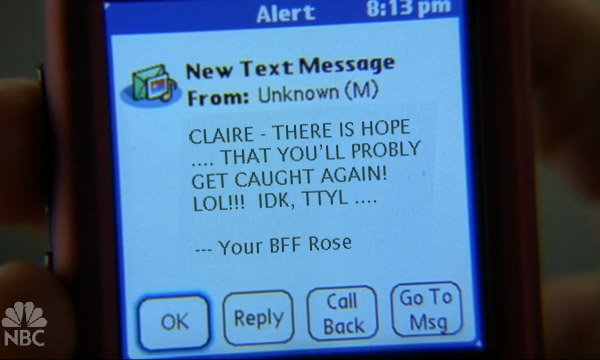 Over in Sylar Land, our boy Sylar has had little luck torturing one of the goons for information about his real father, Samson Gray. So he goes with Plan B, which involves threatening to torture a divorced mother and her teenage son until the goon talks. Once he tries, though, it turns out the teenager has — you guessed it — superpowers. Specifically, the power to emanate microwaves from his hands. The kid also has authority issues and perhaps rage issues, and as a result, ends up nuking the goon. Fatherless Sylar identifies with the kid, chooses to let him live, and the kid follows him, claiming to know where Samson Gray is. The two strike a deal, steal the mother’s car, and head off down the road together.

4 thoughts on “Heroes: Trust and Blood”