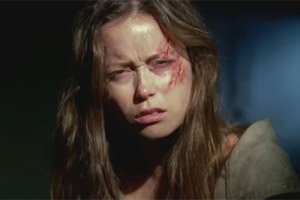 This week’s episode of The Sarah Connor Chronicles was a HUGE improvement over last week. Mainly because it relied so much on the acting chops of Summer Glau, who — let’s face it — plays everybody’s favorite character on the show. One of the main reasons I didn’t like last week’s episode is because Cameron was largely sidelined throughout it. It’s a strange thing to say, because she’s a cyborg, but I’m beginning to see that Cameron — not the Connors — is really the heart of this series.

Lots of ground to cover with this episode, even in spite of the fact that neither Derek nor Cromartie make an appearance, so let’s get started …

It turns out that the “Cameron” terminator model is based on an actual human named Allison Young, who is still a fetus in the present time. As near as I can gather, Skynet determines that Allison was/is/will be part of the Resistance and has access to John Connor. So they capture her, and give a terminator her likeness, which is then supposed to infiltrate the Resistance camp. Allison tries to get away, but can’t, because she’s being kept on a huge naval boat that seems to be a kind of Noah’s Ark containing cages of various humans and animals. Allison is interrogated by a terminator with her likeness (is it actually Cameron?), which eventually learns what it needs to know about some bracelets that are used to gain access to the camp. Then it kills Allison. 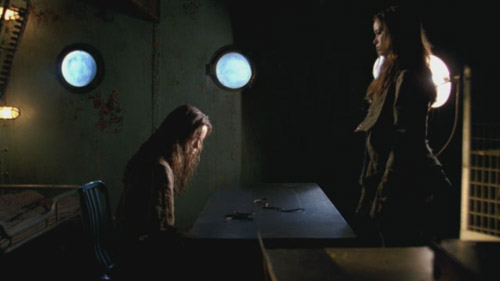 All of this happens counterpointed with Cameron from the present day temporarily forgetting that she’s a machine, and taking on the identity of Allison Young. Gradually, after some adventures with a manipulative homeless girl, she remembers who and what she is. Which means that over the course of the episode, Summer Glau has to act several different roles: 1) the normal Cameron that we know; 2) the Cameron who thinks she’s Allison; 3) the real Allison in the future; and 4) the Cameron who interrogates Allison in the future. Each is a distinct acting challenge, and juggling them all at once only compounds that. But Summer Glau pulls it off like a champ.

We even get a sad little time paradox scene at one point, when Cameron as Allison calls her mother, who is pregnant with Allison, and ends up inadvertently giving the mother the idea for her name. 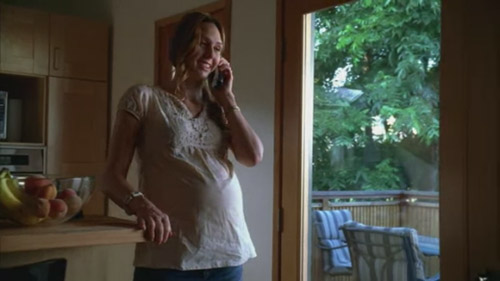 Anyway, just when we find ourselves sympathizing with Cameron, the writers give us a creepy detail at the end of the episode that forces us to reconsider, when she tells John about the necklace she’s wearing. “I got it at this awesome thrift store in Echo Park.” It’s a direct repeat of what the “homeless” girl who gave it to her said earlier in the episode. Which wouldn’t be so creepy except for the fact that now we’ve met the real person who Cameron is based on, and as a result, we understand better than ever how much of Cameron’s “personality” is simply cold imitation, and not really personality at all.

So my question is this: Was John Connor in love with the real Allison Young? And is that why he grew so attached to Cameron? And is the Allison inside of Cameron what keeps Young John so loyal to her?

Meanwhile … it turns out that Catherine Weaver has a daughter. Assuming that the child isn’t also a cyborg, I’m kind of left with only one other option, which for some reason hadn’t occurred to me before — that Catherine Weaver is based on a real person, whose husband really did die in a helicopter crash, and that the T-1001 has assumed her life, albeit with an entirely new agenda. This being the case, I still don’t think our Agent Ellison suspects anything more than that she’s a bit creepy. 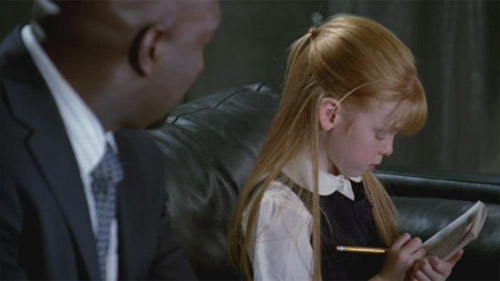 Anyway, this was an excellent episode, rife with all sorts of motherhood themes that I haven’t even broached here. As well as the ongoing theme of people/things never being what they seem to be, which I think is the aspect of this show (and Battlestar Galactica) that makes it so fascinating to people. But that’s a topic for another time.

Unfortunately, there are rumors that the show won’t be around long enough for us to get all the answers we want.  But I always knew this might end up being the case.  It’s FOX, after all.