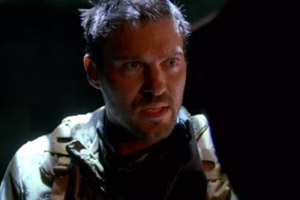 This line wasn’t actually repeated in the episode, but it seemed like spirit of it was there. In many ways, this was a re-imagining of the original movie, as retold for the benefit of John (who wasn’t born at the time), Sarah (who saw it from a much more personal perspective), and Derek (who existed on the other end of time from it). But just as Sarah explains to Martin #3, the “Wizard of Oz” book and “Wizard of Oz” movie might have all the same major plot points, but the details and tone diverge. The same applies here, and the writers are about as subtle as a T-888 when it comes to building comparisons not only with the original movie, but also with the “Wizard of Oz”. And yet, it all somehow comes together as a compelling episode.

Derek figures heavily in this episode, mainly because he’s the only person who’s actually met Bedell before, having served alongside him in the future. Unfortunately for the other two Martin Bedells living in the area, the terminator who’s been sent back doesn’t know which one is his target, and plans to just kill them one at a time. After Martin #1 dies, the Connor Crew becomes aware of Skynet’s plan, and John quickly figures out who is the right one by using the information scrawled on the shed wall. It’s Martin #2, a teenager attending Presidio Alto, a nearby military school. So he and Derek establish fakes identities for themselves there — using the last name Baum, same as the Oz author — while Sarah and Cameron run interference for Martin #3, a young clueless kid from the suburbs. 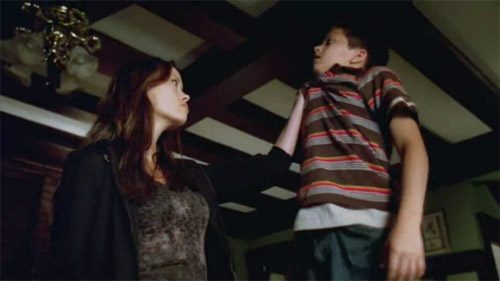 Sarah and Cameron get to the kid just in time, fighting off the T-888 and spiriting Martin #2 away to their hideout, where Sarah proceeds to grow more attached to him than she really wants to. This seems to be an ongoing point of conflict for Sarah this season — reconciling her lethal bad-ass side with her maternal instinct to comfort and protect others. Which all in all is a nice metaphor for feminism in the 21st century. In the end, she and Cameron succeed in keeping the boy safe, and in return, Sarah receives something that she’s apparently never received before … a simple thank you.

Meanwhile, Catherine Weaver continues to spin her web around Agent Ellison, when she has him investigate the incident at the Serrano Point nuclear power plant. During the course of the investigation, he learns that Sarah Connor was involved in some way — but chooses not to pass this information along to Weaver. What he does share is evidence indicating that not one but two “machines” were responsible for the damage to the plant, and that the two were probably fighting each other. This seems to genuinely surprise and intrigue the T-1001, which immediately begins trying to piece together that story. Ellison also tells her that Nelson, the plant supervisor, is asking many of the same questions he is, and as a result, Nelson ends up receiving perhaps the WORST french kiss in history. 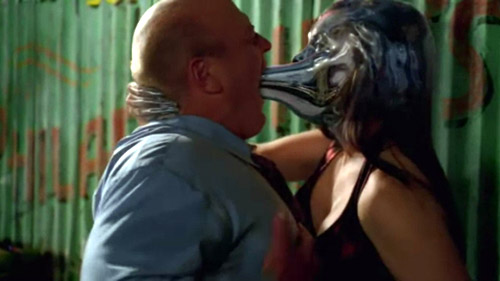 At the Presidio, John gets close to Martin #3, while substitute teacher Derek makes one of the cadets pee his pants with a war story, then prepares the area for the T-888’s inevitable arrival. In Martin, John sees himself — a fellow teenager whose dreams and wishes must by necessity be denied for the greater good. It’s a fate that Derek has already resigned himself to years before (or will, a few years from now). Martin himself doesn’t understand this at first, and has plans to run away and be with his girlfriend. But once the T-888 attacks, and Martin sees what it is, and what Derek and John have to do to defeat it — including John putting himself in jeopardy — he understands as well.

As they drive away from the Presidio (in their brand new Dodge Ram!), leaving Martin behind to live out his destiny, Derek tells John the full story about Martin Bedell that we’ve seen him flashing back/forward about all episode — how in the future, Martin sacrifices himself to save forty human prisoners from Skynet … including John Connor. Quoth Uncle Derek, “He died, John. He died for you. We all die for you.”

So, you know … no pressure or anything! 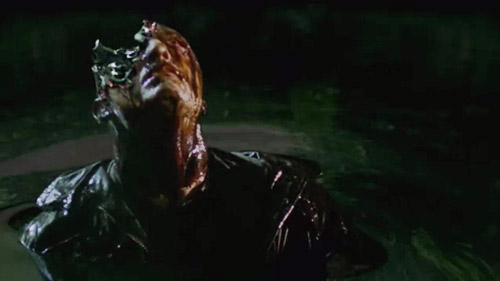 As for Cameron lurking behind a tree while Derek and John killed the T-888 … I have no idea. That was an odd little detail, meant to mean something, I’m sure. But I don’t know what. Why drive 2 or 3 hours just to watch? And how long had she been there? Was she maybe giving John the opportunity to prove himself? Would she have jumped in to fight if needed? Is she following complex directives given to her by Future John? Lots of questions still about Cameron and her wacky motives. Let’s hope the show stays on the air long enough for us to get some answers.

2 thoughts on “Sarah Connor: Goodbye To That”