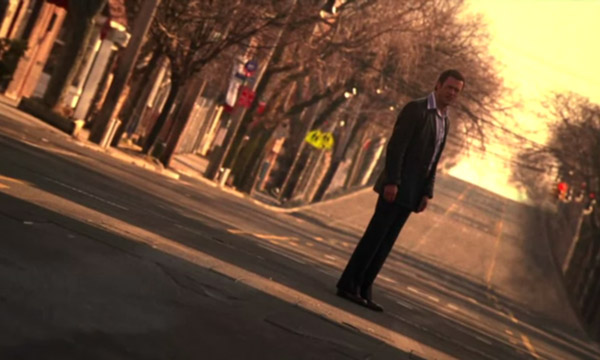 I’m not sure who else was watching Life On Mars this year, but I was.  And I really enjoyed it , week after week, as much as — and sometimes more than — anything else I watched.  If I chose not to blog about it, that’s because I tend to only blog about sci-fi shows, and for the most part, this series had minimal sci-fi content beyond the basic premise and the occasional robots of varying sizes that only Sam could ever see (and which could therefore be written off as delusions).

The strength of this series for me was in the characters.  I cared about Sam Tyler, because what he was going through was a clear metaphor for the confusing point that everybody reaches in their life, when they ask themselves (to borrow anachronistically from the Talking Heads):  “How did I get here?”  As played out, Life On Mars ultimately became less about Sam trying to find a way to get back home to 2008, and more about accepting and embracing as home the strange place/time that he found himself in.  Which, by the final scene (which I’ll get to in a minute), he was able to do.  The series never shied away from dealing directly (and sometimes literally) both with Sam’s mother and father issues, and with the issue of what it means to grow up into person that you didn’t expect to be, and I appreciated that.

Equally satisfying was the story of Annie — a female cop at a time when the idea of a female cop wasn’t really taken seriously.  Her romantic relationship with Sam never gets to bloom beyond a kiss, and that only in the last half of the finale, but we recognize from the very first episode that Sam’s ability to see Annie from a 21st century point of view, and to treat her accordingly, has been hugely empowering for her, resulting in her becoming a detective.  Seeing herself through Sam’s eyes doesn’t so much give her strength as it gives her permission to tap into the strength that is already there.  And likewise, her carefully reasoned acceptance of Sam’s seemingly crazy situation is ultimately what enables him to accept that 1973 might not be such a bad place/time to live. 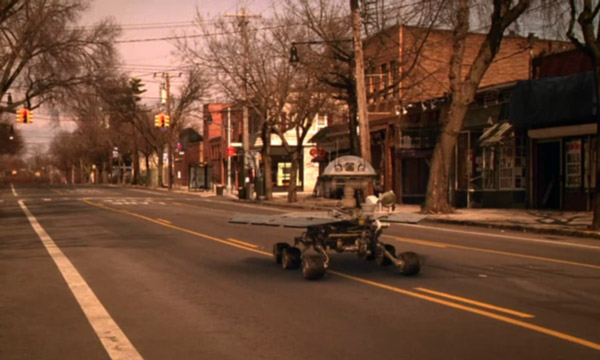 So after enjoying those aspects of the show, in spite of the lack of traditional sci-fi elements, and after feeling that the series finale had pretty much nailed the dramatic ending with 6 minutes to spare … color me surprised when I actually LOVED the hard core sci-fi ending they capped things off with.  We all knew there were only so many endings possible — Sam listed them all for us on the chalkboard in the first episode.  So let’s face it, there was never going to be an earth-shattering reveal that nobody saw coming.  In this case, the winner was:  Virtual Reality.  But in the same way that I’ve loved this series for its execution of the sci-fi premise more than the premise itself, I loved this series finale for the careful way in which it executed its Virtual Reality ending in a way that truly — for me — encapsulated every detail of the 16 episodes that came before it.

After a phone call in which Sam professes his acceptance of 1973, then hugs his obnoxious boss Lt. Gene Hunt, the world falls apart into pixels for Sam, and he wakes up in the year 2035, in a stasis pod, on a spaceship, and the first thing that pops into my head is that earlier in the episode, somebody told Sam he looked like an astronaut.  Then begins the litany of parallel details.  The number on Sam’s stasis pod is “2B”, like his apartment.  The voice and name of the computer is the same as his neighbor, Windy.  The system that maintains the VR experience is the “Synaptic TWIRL Network” — calling back Gene Hunt’s derogatory nickname for women. 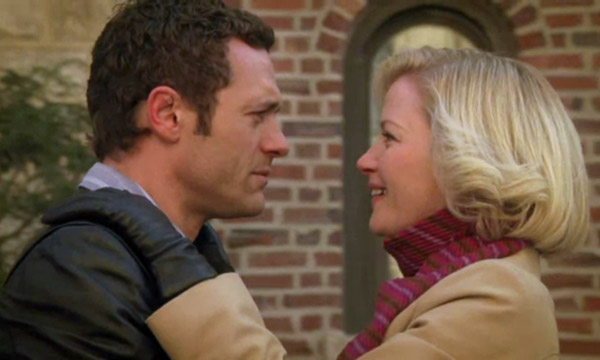 And it doesn’t end there.  The spaceship is “Hyde 1-2-5” — incorporating both the town that VR-Sam worked in before transferring to the NYPD, and the number of his NYC precinct.  The ship is part of The Aries Project (the mysterious project that had a file on VR-Sam), which is a Mars mission.  The trip from Earth has taken 2 years, 3 months, and 22 days, which is why the stasis and a “neuro-stimulation program” (VR) are necessary — to keep everybody from going crazy as they make the journey in what seems to be a very small ship.  Sam’s VR fantasy of choice was to be a homicide cop in 2008.  But a meteor storm along the way (picture a meteor hitting the ship at the moment Sam got hit by a car) glitched his program, and bumped over to 1973 in the middle of the trip, with all his 2008 memories intact, but NOT his memories of being an astronaut.

The closest Sam’s mind was able to come to remembering his 2035 life in 1973 was to interject some of the names and themes mentioned above.  And to include — in true Wizard of Oz fashion — all of his fellow astronauts into the narrative.  Annie, Chris, and Ray are all there on the spaceship, and their personalities roughly align with their 1973 counterparts.  Meanwhile, Morgan, the crooked cop from last week’s episode who claimed to know about Sam’s predicament, is part of Ground Control on Earth.

As for Gene Hunt … that’s a tricky one.  It seems that the Mars mission is all about looking for a cure for cancer in the form of “genetic DNA”.  In other words, they’re on a hunt for genes.  A gene hunt.  Gene Hunt.  Yeah, it’s a bit of a stretch, but not if you think about things chronologically.  If at any point prior to the mission, somebody in the media had referred to the mission as a “gene hunt,” then that phrase would have stuck in Sam’s head.  And the same goes for all of these details, and is the reason why I find this ending so satisfying.  Because as an occasional writer of fiction, this is the process I go through with names — pulling them not out of the air, but from people and places in my past and present, tweaked just enough to protect the innocent. 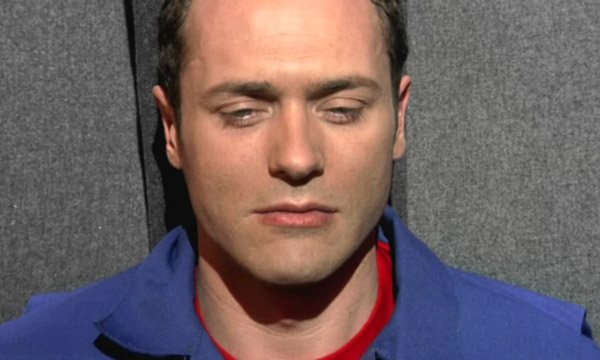 As for the VR Gene Hunt, played by Harvey Keitel, he’s there too, but his name in 2035 is “Major Tom” — a nod to all the Bowie references made throughout the series, and to the title of the series itself.  This is especially funny to me when he talks to Frank ( think “Ground Control to Major Tom”).  The twist is that Major Tom is not actually Sam’s boss in the real world, but his father, with whom he’s apparently had a rocky relationship over the years, which explains Sam’s working out of father issues in the VR world.  It also adds an extra layer of satisfaction to the ending when you realize that the VR experience has helped Sam successfully work through those issues with his real life dad.

Closing up the emotional loop is Sam’s new appreciation for “Colonel Norris” (a.k.a. Annie) as a romantic interest.  It seems odd to me that Annie would be the only woman on a mission like this in the year 2035 … but I’ll happily let that slide for poetry’s sake.  Besides, as a colonel, I think she outranks everybody else on the ship.  And the writers make a point of having Frank tell her that “President Obama” wanted to be there at ground control, and it turns out the Obama he’s talking about is one of Barack’s daughters … so between this and VR-Annie’s promotion to detective, the show’s forward-thinking feminist credentials are not really in question.

So in the end, this handful of astronauts embarks on what will inevitably be a life much different from the one they knew on Earth, on an inhospitable planet millions of miles from home, with no quick or easy way to return, which they must either accept or go crazy.  Not so different from Sam’s VR predicament, except that they’ve all presumably chose to do it.  From here on out, it’s “Life on Mars” for them.

As I said before, I love this series finale for the careful way in which it executed it’s Virtual Reality ending in a way that truly — for me — encapsulated every detail of the 16 episodes that came before it.  I plan to buy this series on DVD one day and re-watch it, and I feel confident that when I do, I will believe that the creator knew where he was going with it from day one.  Which is something you can’t say about a lot of sci-fi shows out there.  (I’m looking at you, Ron Moore, and yes, I’m still bitter.)  What’s more, as much as I would have liked to see what this series did with another season, and as much as I’ll miss watching the exploits of the 1-2-5 in 1973 (and I don’t usually like cop shows), I feel as if I got a full story in just these 17 episodes.  Which is interestingly about the same number of episodes as the UK version. 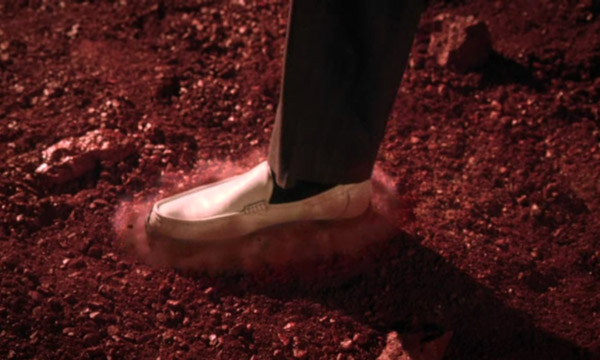 Now all that remains is to actually go watch the UK version, and see what I think of that one.  I’m sure I’ll love it.  If people in the comments want to compare the two versions of the show on a qualitative basis, feel free.  Just please don’t give away the “twist ending” of the UK series for those of us out there — like me — who haven’t had a chance to watch it yet.  I hear it’s due out on DVD in the United States in July?  But I hope to watch it before then, and once I do, I’ll come back and do a full comparison myself.

9 thoughts on “Life On Mars (US): Series Finale”